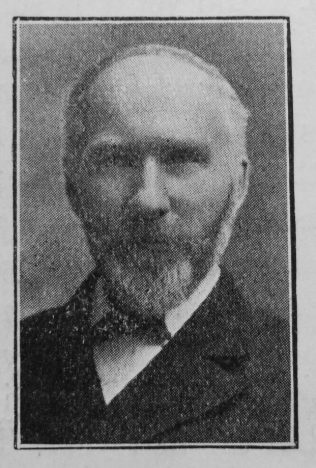 Transcription of Obituary in the Primitive Methodist Magazine by I.G.

We deeply regret to record the death of Mr. John Moore, of Yorescott House, Askrigg, who departed this life on December 29th, 1906, at the age of fifty-five. It was in the year 1869, at a Camp Meeting in Cotterdale, that Mr. Moore was converted, and from that time until the day of his death he was a loyal and consistent member of our Church. Shortly before his death he was appointed a member of the Executive of the Northern Counties Education League. On two occasions he attended and spoke at Conferences at Memorial Hall on the Education Question. Three times he had the honour of representing his Circuit at District Meeting, and on the last occasion (May, 1906) was elected vice-president.

For thirty-five years Mr. Moore was a local preacher, and his ability as a preacher, together with his knowledge of all questions touching the life of Nonconformity in rural England, brought many requests for his services from churches and circuits other than his own.

Such devotion and loyalty to the truth as it came to him we have seldom seen. He knew what it was to suffer, and sometimes heavily, for his loyalty to his Master, and the principles of Nonconformity; and it is impossible, as Mr. Hirst Hollowell says, to fully express “the high appreciation we all feel for his courageous stand for liberty and righteousness.”

The kind face, the stirring speech will be seen and heard no more, but many will remember him with love and reverence for years to come.

We laid him to rest on January 2nd, by the side of his beloved wife in Aysgarth Churchyard.

“Until the day break and the shadows flee away.”

John was born in 1851 at High Abbotside, Yorkshire, to parents James, a stone mason, and Rose.

John married Elizabeth Thwaites (1844-1905) in the spring of 1885 in the Aysgarth Registration District, Yorkshire. Census returns identify one child.