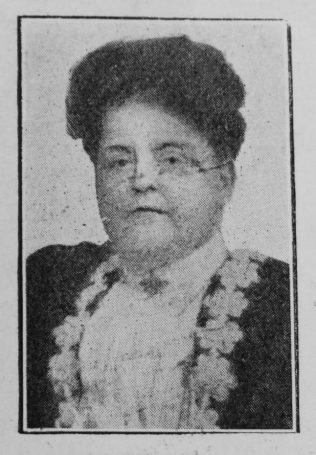 Transcription of Obituary in the Primitive Methodist Magazine by James Barnes

Primitive Methodism and the Lowe family in Old Hill are almost identical, for no living person can remember a time when some member of the family did not hold a prominent position in our church. Mrs. Moyle was the daughter of the late Thomas Lowe, a true Primitive Methodist. In early life she joined the Sunday School and ever since has rendered valuable service in connection with school and church. Her chief strength for service lay in her rich, sweet voice. Large congregations have been moved to tears by her singing. On her marriage with Mr. Moyle they went to live in Stourbridge. They spent the evening of their wedding day in public worship in our Enville Street Church, and in a happy and prosperous life they have found their chief joy in the service of God. About ten years ago Mrs. Moyle was elected a member of the Board of Guardians. Her delight was to visit the poor and help them and there are many widows and others whose relief from the parish was increased through her influence.

She was ruddy, buoyant and cheerful and seemed to have many years of life before her, but was taken suddenly and seriously ill in the early morning of February 28th. A specialist was called in but found the case to be hopeless, and on March 2nd our sister passed away in the 47th year of her age.

A devoted wife, a loving mother, a loyal Primitive Methodist, a faithful citizen, she has gone from us, but her name is written in the hearts of the poor whom she delighted to help and who can never forget her.

Sarah was baptised on 22 January 1860 at Reddall Hill, Staffordshire. her parents were Thomas, a lime burner (1861) and Sarah.

She married Albert Moyle (abt1858-1925), a grocer, in the summer of 1880 in the Dudley Registration District, Staffordshire. Census returns identify four children.