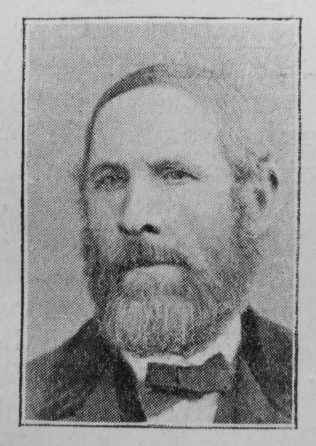 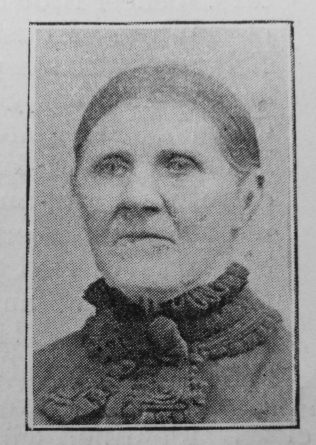 Transcription of Obituary in the Primitive Methodist Magazine by W. Scorer

Elijah Nicholson may be fairly called the grand old man of Harton Colliery Primitive Methodism, for during the last fifty years he is seen to stand in our midst as the most commanding figure in the society, not only as a loyal member but as the most active leader during that long period of time.

Elijah passed through all the trials of the “Old Cow Byre at the Fauld,” as well as the most joyful times of our early history there.

For forty years Elijah was most active in every department of our society work and chapel building.

As a class leader he was especially successful, for the class meeting was a real joy Elijah, and his joy was contagious. Everyone felt his religion was a glorious reality. A strong trait in our brother’s character was his faith in Christ as his Saviour, able to keep him to the end. Many times we have been astonished to hear him relate his own experience in the class meeting, how God has kept him during the week and brought him back again into his house, where he was able to shut himself in from the world of strife, and there rejoice in God his Saviour. This was a real joy to Elijah.

During all those fifty years he likewise performed the duty of a local preacher in our circuit, and was most acceptable wherever he went.

The special theme of his preaching was Christ the first and the last. Nothing else matters but Christ. If we win Christ we win all things, but if we lose Christ we lose all else beside.

Just a fortnight before his death he was presented with an illuminated address by the South Shields Quarterly Meeting for long service as a local preacher.

Our brother owed much to his faithful wife, Nanny, who was a real Martha for house-keeping and cleanliness. Her home was ever open for everyone that took any part in the work of our Church. Both ministers and local preachers and members of every kind were welcome to Nanny’s table.

During all those years she was one of that noble band of women who have made the history of our Church famous, whose memories are ever green, who worked in many other ways to raise money for the old chapel at the Fauld.

Among that noble few dear old Nanny led the way, for she was a person of great energy and industry.

About nine years ago we had the rare joy of celebrating their golden wedding. A supper was provided by the happy pair in our chapel, and the Society presented Elijah with a pair of gold spectacles, and dear Nanny with a diamond ring.

The presentation was made by our late Brother John Brack (who lodged with them when a young man); the Rev. H. Yooll, of London, was chairman on that occasion.

Their life was a long and unique one, peaceful and calm, active and happy throughout; though great age brought on many infirmities, yet their eventide was fairly beautiful, their sunset calm and serene.

He died as he had lived, trusting in God, on Sunday, December 11th, 1904, and dear Nanny died four days after, just the day after he was laid to rest. They were buried by our ministers, the Revs. Thos. Barnes and E.E. Jobling.

This double event of God’s providence makes us feel that a most striking chapter of our Church history has come to an end. We thank God and take courage.

“Now unto Him that is able to keep us from falling, and to present us faultless before the presence of His glory with exceeding joy, to the only wise God our Saviour be glory and majesty, dominion and power both now and ever. Amen.”

Elisha, not Elijah, was baptised on 6 February 1826 at Christchurch, Tynemouth, Northumberland. His parents were Francis and Margaret.

Elisha worked as a coal miner. He married Ann (Nanny) Gray (1929-1904) in the spring of 1846 at Newcastle upon Tyne. Census returns do not identify any children.

Ann was baptised on 29 March 1829 at Long Benton, Northumberland. Her parents were Henry and Alice.