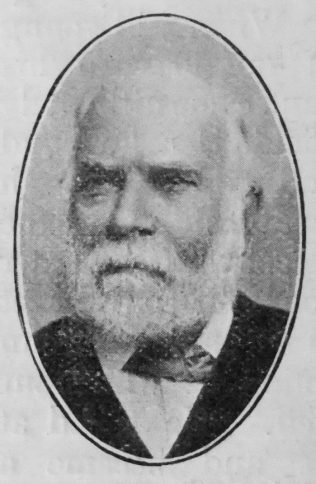 Mr. Thomas Naylor was one of those sterling Christian men whose worth cannot be fully  estimated. Born at Gildersome, February 28th, 1839, he was the eldest of a considerable family and commenced work when eight. His necessarily limited educational advantages were fully utilised, and he became fairly well informed.

Removing to Sheffield he became a steel smelter. Here he found a wife who was for many years a true helpmeet, as was also his second wife who mourns his departure. In the days when it was believed the intense heat of the iron works made alcoholic drinks a necessity he signed the pledge. Thirty years ago he joined our John Street Church, and with Mr. H. Clayton worked the Band of Hope and the Tract Society, periodically entertaining the workers to supper. He was also a Sunday School teacher.

An old scholar writes of how he used to gather his class round him at his home on Christmas Day, so making them feel that he took an interest in them. His kindness was evinced in the distribution of tea tickets among the poor people in connection with anniversary efforts at John Street and Hodgson Street, of which last he was a trustee.

As a successful business man his absolute fairness won confidence and esteem. Treasurer of John Street Sunday School for many years, and a generous supporter of its funds, he was a valuable circuit official. Retiring from business three or four years ago he had frequent attacks of illness due to the exacting nature of his work; these were borne with patience and fortitude. He lived well and fell asleep, April 11th, 1908, calmly trusting in the mercy of God in Christ Jesus. Revs. W. Kitchen, H. Taylor, and the writer, took part in the funeral service. A memorial service was held April 26th. Many friends were present. May the widow, son, and daughter be graciously comforted.

He married Ann Hattersley (1833-1890) in the spring of 1861 in the Wortley Registration district, Yorkshire. Census returns identify two children.