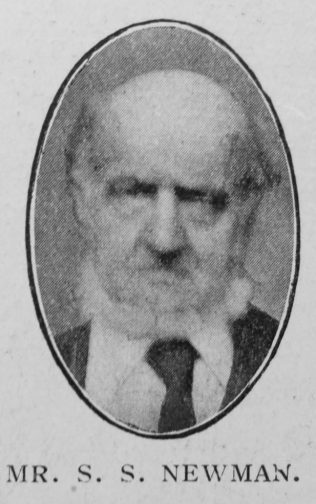 At the ripe old age of eighty-one years, Samuel Sheppherdson Newman passed peacefully to his eternal home on November 13th, 1911. Born at Great Yarmouth Feb. 7th, 1830, he removed to Tyne Dock thirty-seven years ago. For over fifty years he followed the sea-faring profession. Whenever his ship was in port, if possible, he attended service, and at Tyne Dock the Lord Nelson Street Chapel was his home.

He dearly loved the Class Meeting. It was a delight and often a benediction to listen to his Christian experience. When at sea it was a custom with him to devote much of his leisure time to putting his religious experience into verse. He has been a brave witness for Christ on sea and land, and was dearly loved by his family and highly respected by all who knew him.

He was interred in the Harton Cemetery, the Rev. F. Hobson officiating.