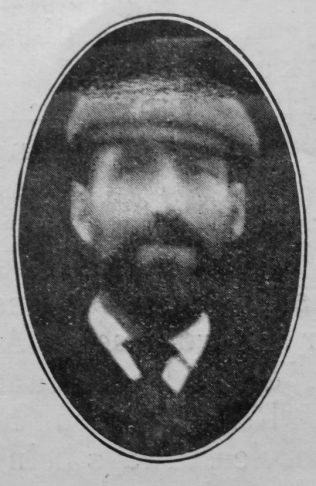 Mr. W. Nixon passed suddenly to the homeland on January 20th. He was on his way to the District Committee at Lynn, when he fell from his bicycle, dead. The event caused quite a sensation in the neighbourhood as our brother was well known and much respected.

Born November 2nd, 1862, our brother was brought to God when quite young; his conversion, though taking place at a Camp Meeting, was due to the teaching and influence of his Sunday School teacher. In 1881 his name appeared on the circuit plan. Making careful preparation for his work, never giving from the pulpit anything that did not cost him much time and thought, and faithful in taking his appointments he became a most efficient and acceptable preacher. As an official he did not take a prominent place; his quiet and retiring manner kept him in the background, but such was the esteem in which he was held by his brethren that they elected him to positions of trust.

The outstanding feature in our brother’s life was his goodness. He not only preached the gospel, he lived it. Religion to him was a vital thing, as he fed his soul in communion with God, and the manna of His word. All who came in contact with him felt the spell of his noble and inspiring character. He was most patient and uncomplaining, for though suffering great physical weakness he was never known to murmur.

Our brother was laid to rest in Stow Churchyard, on January 24th, amidst manifestations of universal respect and sorrow, a large number following him to the grave. His sudden and early death is a mystery to us, but we shall know the meaning of it “when the day breaks and the shadows flee away.”

William was born on 2 November 1862 at Stow Bardolph, nr Downham Market, to parents William Nixon, a farmer, and Eliza Graves.

William followed his father as a farmer.