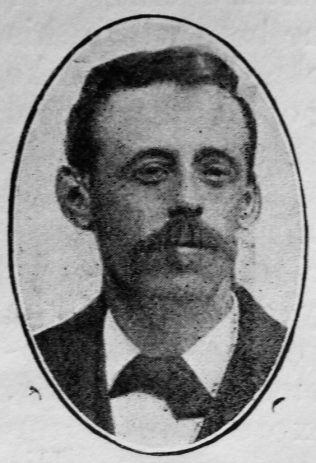 Transcription of obituary published in the Primitive Methodist Magazine by W.J.

Mr. John Noble was born in Wincheap, Canterbury, Nov. 16th, 1856, and died at Boughton under Blean, March 10th, 1907. His mother died when he was three years old. He gradually came under the influence of ungodly companions and continued in his evil course until during a serious illness he was visited by some young men who had been recently converted, who were the means of leading him to Christ. The change was marvellous. The same zeal which had characterised his sinful career was now evident in his Christian experience.

He commenced work for God in the Sunday School and in a little time became a local preacher. Of his abundant labours in this work for twenty-eight years it is impossible to speak too highly and he had the great joy of leading many souls into the Kingdom of God.

Our brother was also a class leader for many years and superintendent of the Sunday School. Ten years he served as Circuit steward and five times was delegate to District Meeting. Entering the service of the Prudential Assurance Company in 1883 he removed to Shalmsford Street where he took a leading part in a blessed work of revival lasting for some years. For six years he was a member of the Chartham School Board and of the Parish Council from its inception until his removal to Canterbury.

His last illness was very painful and protracted, yet in the moments when he had some respite he would be still praising his God and Saviour. On March 16th devout men carried his mortal remains to Canterbury Cemetery, the service being conducted by Revs. J. Guy and F.G. Saville, assisted by Mr. C. Sharpe and Mr. S. Martin, of Chatham. On Easter Sunday evening a memorial service was held in the Borough Chapel, when the sermon was preached by his old friend, Mr. J. Watson.

John was born on 16 November 1856 at Wincheap, Canterbury, Kent, to parents George Noble, who worked the land, and Mary Ann Andrews.