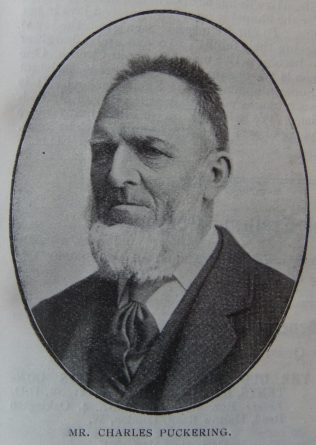 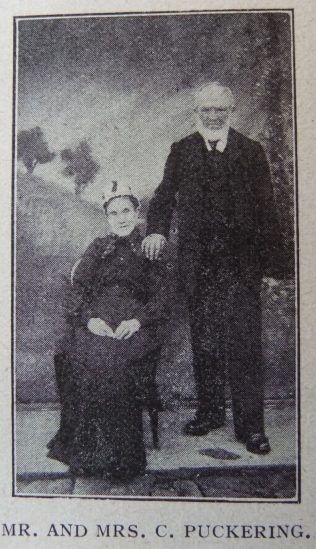 It is creditable to Methodism that she readily acknowledges her indebtedness to the quiet, unostentatious work of pious men and women in the villages of our land. Some “superior” persons accustomed to city life, may smile at this heavy-footed, rugged-faced man from the country, and enjoy his discomfiture at the ceaseless whirl in the streets of the big city. But when they speak disparagingly of “the man from the country,” we would be churlish did we not claim for him the respect and esteem due to him for his self-denying services in the village Bethel. Our great meetings in the big towns would scarcely be possible were it not for the heroism and sacrifice of farm labourers, grimy-faced miners, and horney-handed iron workers. Such men have enriched Methodism. Their sons have been amongst the most eloquent of our preachers, and the most capable administrators. In addition to their children they have given of their money, and that in no miserly spirit. If it be true “the characteristic feature of heroism is its persistency,” then we may claim for Methodism some of the finest examples of heroism the world has seen. The stories of hundreds of our village societies is a record of persistency. Our leaders in these chapels have been men of “undaunted boldness, and of a fortitude not to be wearied out,”

Amongst the number of such worthies Brother Charles Puckering, of Lanchester, is deserving of special mention. As a Local Preacher, Class leader, and Treasurer to the Trustees, his labours have been abundant. Born at Sherburn, near Scarborough, in 1842, he has been a loyal member of the Primitive Methodist Church for over forty years. It was in 1865 that our brother, with his wife, moved to Lanchester, a pretty little village not far from the city of Durham. To those acquainted with the writings of Dora Greenwell this village has a special interest by reason of its association with that gifted lady. The “Browney” still winds its way through the ancient village. It is not difficult to recognize this stream as the little river described for us in the “Two Friends.” “My first companion was a little stream…. Along the edge of the stream ran a footpath, so narrow, so rarely trodden that the ferns and wild flowers would sometimes overgrow and even hide it.”

When Brother Puckering came to this quiet village, Primitive Methodism was travailing in birth. It was a struggle for existence. Meetings were held in a cottage just recently demolished to make way for some “Cottage Homes” for poor children. At that time the “Society” numbered six members, including our brother and his wife. To-day we have a comfortable church seating over 300, and it is filled each Sunday night. Truly, as our friend says, “God has been good to us.” But a price has had to be paid for this change; and to his credit let it be said that Bro. Puckering has contributed no small part of the cost. In those days he worked hard, and wages were small, yet his home was ever open to the preachers, lay or ministerial; both alike got the best that a scanty purse would allow. Our fiends might pinch themselves – they were never niggardly towards God.

To hear our brother relate the story of the building of the chapel is an inspiration. His eye brightens, his face beams, then he smiles – it’s a Yorkshireman’s smile – it covers the face. How he enjoys fighting the old battles over again. He is exceedingly modest. He claims no special honour. In a daring moment he may say, “I have done my best,” but immediately he has the look of one betrayed into some glaring indiscretion. And yet it is only the truth to say that the history of the Lanchester Primitive Methodist Chapel is largely the record of our brother’s life. He loves it as his own life: yea, it is part of his life.

It was about 1878, during the Rev. Thomas Southron’s third term in this Circuit, that Bro. Puckering’s name appeared on the “Plan.” “Tommy” Southron, as he is affectionately referred to, knew a gem when he saw one. Not that we claim for our brother’s preaching the brilliancy of a jewel; but we do say that behind the preaching is a fine spiritual personality. He is not a pulpit comet dazzling the people for a brief while and then vanishing from view. He is rather a star; his light may not be great but it is regular; it does not disappoint. When Charles id planned the steward’s mind is at rest’ he knows that when service time comes the preacher will be at his post. Our brother may not be widely read, his opportunities have been limited, but he knows in whom he believes. His message is simple, direct, and it goes home because of the preacher’s sincerity and earnestness. He preaches that which has come to his own heart and life, and such preaching cannot be ineffective. Hence his labours have been honoured of God; souls have been led to the Saviour through his ministrations.

As Treasurer of the Trustees Bro. Pickering has done good service. How carefully he watches the accounts and reminds us that so much will be wanted by such and such a time, and “We must get it.” Though now in his 64th year, he is still vigorous and regular in his attendance at the house of God. He is respected by all who know him. When he was nominated last March as lay delegate to District Meeting, no one felt mean enough to contest his right to the honour. His appointment was unanimous. Though he has not yet been a delegate to Conference, we still trust that the district will in time confer that honour upon him – he deserves it.

Our brother has been fortunate in his home life. His wife has been a true helpmate. To work for the chapel is one of the greatest joys in her life. To our friends has been given the joy of seeing their family – two sons and a daughter – become active members of our Church. One son is the organist and the other is Assistant Superintendent in the Sunday school. It is such homes which make the glory of Methodism. We wish for our brother many more years of service for the Church which he loves.

Charles was baptised on 17 July 1842 at Sherburn, nr Scarborough, Yorkshire. His parents were William Puckering, who worked the land, and Elizabeth Handisides.

Census returns give the following occupations for Charles.