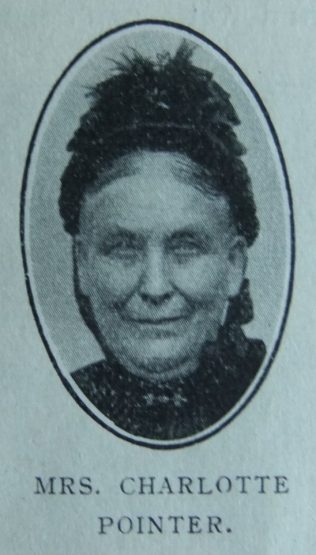 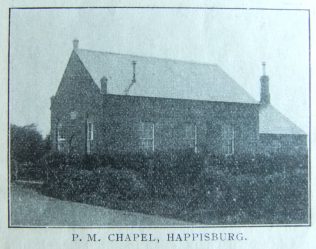 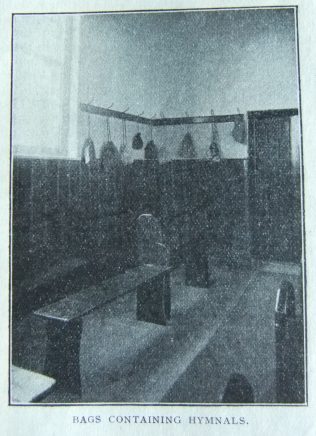 Transcription of ‘Sketch’ In the Christian Messenger by A J Smith

ON the borders of East Ruston Common, Norfolk, far from the madding crowd, Mrs. Charlotte Pointer lives. Her figure on the North Walsham Circuit plan is “7,” and the plan contains the names of one hundred and eight preachers. No one looking into her face would mistake for a moment her character. She possesses a singular serenity of temperament, gentle in spirit, genial in disposition, but electric with the quiet ardour of devotion to God and His Church. She is girt with humility as with a garment, reserve sits upon her as naturally as beauty upon the rose.

She was born at Happisburgh, where the friendly lighthouse nightly flashes streams of light across the perilous sea, warning the passing ship of dangerous banks of sand. Thrilling stories are told of exciting battles with wind and wave on this storm-swept coast.

Mr. Walter Pestell, one of our members here, was for many years Coxswain of the lifeboat. He knows what it is to be “out” fourteen hours at a stretch, drenched to the skin, and without food or drink, rescuing the perishing.

Mrs. Pointer, when a child, was familiar with many scenes of this kind, and the brave fishermen always command her sympathy. She was only eight years of age when she was invited by a little companion to go to Hasboro’ Primitive Methodist Sunday School two miles from her home. Her parents were Anglicans. She was afraid to ask her father’s permission for fear of being denied, but succeeded with her mother, who found it difficult to resist the pleading of her child. Taking some food with her the following Sunday, she accompanied her young friend, and, after the morning session, had dinner in the vestry along with other children from a distance, and she has continued her association with that school and chapel ever since. It was not long ere she induced her parents to attend, and first her father, then her mother, and eventually the whole family were brought to Christ, a striking illustration of the words of the Prophet, “A little child shall lead them.” The aged father at eighty-five is in fellowship with us still, and his seat is rarely empty. Her brother is the steward of one of our important societies, and his wife and daughters are in membership there.

When the subject of our sketch married, they lived too far away to attend morning school and service unless they took their dinners with them. Her husband, being a lover of God’s House, readily agreed to this arrangement, and so the tiny maid, who fifty-three years ago had her first Sunday dinner in the chapel vestry, has had it there every Sunday since, excepting when planned away for morning appointments.

Nor are they the only ones. It is interesting to see the little group every Sabbath morning bringing their dinners to Gods House. All needful conveniences are provided, and to a stranger another novel sight is that of the little bags containing hymnals and Bibles, which are carefully hung up by these humble worshippers for the services of the next Lord’s Day.

In March, 1869, the quarterly meeting decided to place the name of our sister on the Preachers‘ Plan, and numerous appointments were allotted to her figure.

For long years she has trudged the solitary roads of the North Walsham Circuit, with its twenty-six chapels. Sometimes she has walked upwards of thirty miles and preached three times in one day. She has rarely been late, nor has she ever wilfully neglected an appointment. On one occasion when she had a very long journey which necessitated an early start, she tied a piece of string to her foot on the Saturday night, and from her foot to the bed-post. Her sleep was somewhat disturbed that night, but she was in good time for the morning service. Once, and once only, was she prevented by a heavy fall of snow from taking a far-off appointment, but it was a miserable Sabbath she spent that day. Her principle was :
“Come rain or come blow,
A Methodist preacher, I must go.”
She has often been tired in body and wet through when she has reached her home, and sometimes it has been after midnight, but she says: “I never felt nervous, and I was never insulted on the road.”

The congregations to which she ministered were not large ones. The villages are sparsely populated, and lie far apart. Our friend has not had the inspiration of numbers to encourage her, nor has she ever dreamed of public recognition. She has preached because she has felt called of God. No journey has been too long, no place too small, no night too dark. She has trodden the hard, lonely roads of the Circuit some quarters ten Sundays out of thirteen, constrained by the love of Jesus Christ.

Nor has she laboured in Vain! She has preached in what she terms her own chapel-pulpit five hundred and forty-six times, besides speaking on other occasions there. This number represents the times she has taken a text; all her texts are carefully recorded and the dates registered in a book. She is never confused in the delivery of her message, nor has she accustomed herself to the use of notes in the pulpit. She studiously thinks her subjects out, and depends largely upon the occasion for language suitable to clothe her thoughts. She talks simply and quietly, and with the con?dence of a mother speaking to her children.

It is said the late Hugh Gilmore was once preaching, and – as he thought – experiencing a hard time – feeling that his interpretation was not very clear, he somewhat petulantly exclaimed: “Can you see it, friends? Can you see it?” “Yes, yes,” responded an ardent admirer. “That’s right,” said Gilmore. “I can’t see it myself, but we’ll pass on to the next point.”

Mrs. Pointer never has experiences of that kind. If in quoting a passage of Scripture or verse of a hymn her memory for the moment fails, she calmly says: “You know what I mean, friends, don’t you?” She has often been selected to preach funeral sermons, and no wonder. She knows how to speak comfortably to Jerusalem. She has a voice that can woo and soothe, and hush, and her face in times of trouble is a Benediction.

She preaches from great and familiar texts. She has a good memory, and is very conversant with her Bible and Hymnal and she has had many happy times in the pulpit.

She has taught in the school over forty years. On the 1st of January, 1889, she was appointed class leader, and she has only twice been absent during that time.

She now only takes a limited number of preaching services each quarter, but her heart is in the work warmly  as ever, and she talks with pleasure of a week’s mission she once conducted with Betsy Bultitude, a travelling preacheress of the good old days.

Charlotte died on 20 May 1936 at Happisburgh, Norfolk.