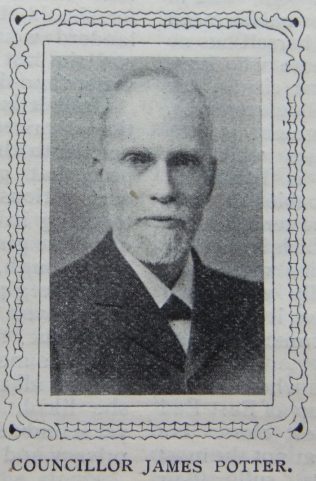 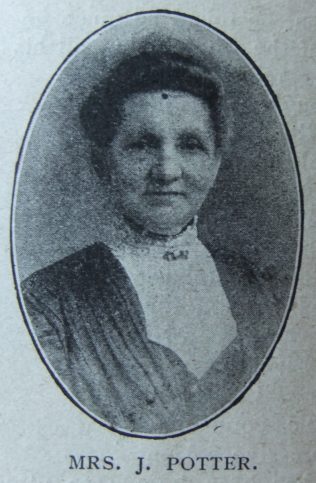 One does not need to be long in the presence of our friend to realize that here is a man true to the core; a man in whose life religion finds expression in an easy and natural manner.

Coming to Derby in 1864, he at once associated himself with the Society at Kedleston Street; his abilities were speedily recognised and he was appointed Secretary to the Sunday School, afterwards teacher of the women’s Bible Class, and more that thirty years ago he took charge of the men’s Bible Class of which he is still Leader.

For a long time Mr. Potter has been a successful Society Class leader, having at one time a membership of 80, while even now there are close upon 50 members.

While believing there should be considerable variety in conducting, yet he favours keeping the meeting largely on the old lines.

He has no sympathy with mere fanciful ways in church organisation, contending the greatest factor in the church’s religious life is the personal character of its members.

A local preacher of forty years’ standing, his name is at the head of Local Preachers on the Circuit plan.

A few years ago he read a paper entitled, “Labour and the Free Churches,” before the Ministers’ Association; as a platform speaker he is exceedingly effective.

Our friend lives the strenuous life, being a member of the Corporation since 1900; of the Board of Guardians nearly 16 years, and now junior vice chairman.

Fourteen years ago he succeeded the late Dr. Samuel Antliff on the School Board, and is a member of the present Education Committee.

He has been a representative to District Meeting and Conference.

James was born in 1848 at Mugginton, Derbyshire. As a boy, through the loss of his parents, was an inmate of Belper Workhouse.

His obituary records that James best work on the Board of Guardians was rendered as Chairman of the Children’s Homes Committee.