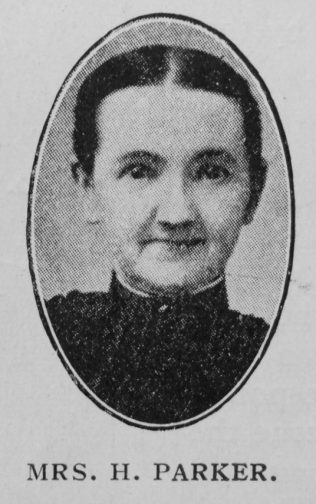 Transcription of obituary published in the Primitive Methodist Magazine by C.

Hannah Parker was born at Garigal on Feb. 19th, 1849. She entered the homeland on Aug. 27th, 1910. Her passing was triumphant. Those who were privileged to visit her during the last months were conscious that they were standing on holy ground. She was one of God’s noble women: nearly all her life a member of the Church she loved; given to hospitality; a lover of the courts of the Lord; an earnest worker at Frosterley in her early years, and later at Pelton Fell, Chester-le-Street, and Tow Law.

She had a host of friends, and those who were privileged to know the home circle valued her life most highly. She loved her Bible, and to the end made it her constant friend. She revelled in the Psalms. Her next literary love was the Aldersgate. She owed much to her sainted father, old Thomas Ward, of Garigal. Her husband, John Richardson Parker, entered the better land some years ago. Her closing days were spent at Walsingham with her devoted daughter and son-in-law, Mr. and Mrs. William Potts. This was the preacher’s home. Here sermons were discussed with avidity.

All were good in the estimation of our sister. She leaves behind her the precious legacy of a priceless character. Of her how truly it can be said, “She hath done what she could.”

Hannah was born on 19 February 1849 at Garigill, Alston, Cumberland, to parents Thomas Ward, a lead miner (1851), and Hannah Renwick.

She married John Richardson Parker (1841-1897), a plate layer (1891), in early 1876 in Weardale, Co. Durham. John had previously been married to her older sister Jane. Census returns identify one child.

Note: There are a couple of incorrect spellings of place names in the obituary – Garigal and Walsingham.