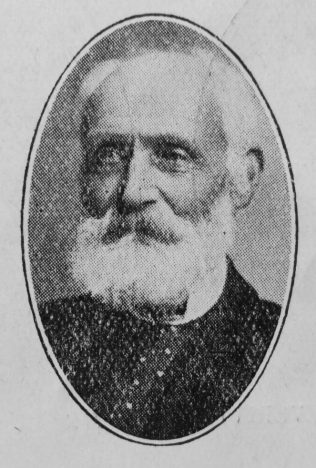 Joseph Pike resided in Selby Lane, Keyworth, Notts, and was born in the village in 1832, and he was one of its best known and most highly respected inhabitants. For nearly fifty years Joseph Pike was a member of our church at Keyworth, Nottingham Fourth Circuit, and he was a total abstainer thirty-five years. From the time our chapel was built until his death he was one of its trustees. For many years he did noble work as a Class leader, and at his home the minister always received a warm welcome and generous hospitality. Brother Pike was an old-fashioned Methodist; he loved the class meeting and the prayer meeting, and his heart responded quickly and warmly to the old hymns and tunes. He lived a true Christian life and “commended the faith” to his fellows in “the daily round and the common task.”

After a brief but painful illness he departed this life in peace and hope on March 6th. He has left a widow, six sons and two daughters to mourn his loss. When our friend was twenty-one years of age he enlisted into the Grenadier Guards, and for eleven years he had a distinguished career as a soldier for his Queen and country. He was one of the guards who under the late Duke of Cambridge played such a gallant part at the battle of the Alma, and the morning after the fight he was called to the front and thanked by his Colonel for his bravery, and he was awarded the Crimean Medal and also the Turkish Medal.

Proof of the esteem in which he was held was forthcoming at the funeral, for practically the whole of the village turned out to watch the cortege proceed through the streets. The coffin, covered with a Union Jack, was conveyed from Pike’s cottage to the Primitive Methodist Chapel—where the service was conducted by the Rev. P. Nume—on a gun carriage supplied by the Notts Battery of the Royal Horse Artillery, under the command of Sergeant J. Donahue, and the firing party and bugler were drawn from the 8th Notts, and Derby Territorial Regiment, with Colour-Sergeant-Instructor Howard in command. They were followed by a party of local veterans under the charge of Mr. G. H. Pochin.

The coffin was borne to its last resting place on the shoulders of a party consisting of  Colour-Sergeant Foster, Armourer-Sergeant Dominic, Sergeants Tarlton, Jordan, and Stanley of the Robin Hoods, and Sergeants W. Packwood and W. Tomlinson of the Grenadier Guards attended specially to represent Pike’s old regiment.

The scene at the graveside was most impressive, and the three parting volleys over the grave, followed by the “Last Post” on the bugle brought a solemn and dignified ceremony to an end.

“Soldier of Christ, well done!
Praise be thy new employ:
And while eternal ages run,
Rest in thy Saviour’s joy.”

He enlisted in the Grenadier Guards in 1853. Census returns identify the following occupations for Joseph.

He married Elizabeth Elliott (abt1836-1897) on 5 May 1859 at St George Bloomsbury, London. The marriage certificate describes Joseph as a soldier. Census returns identify eight children.