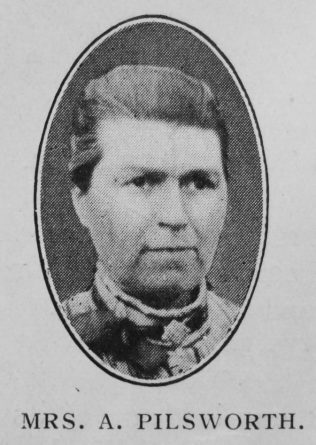 Transcription of obituary published in the Primitive Methodist Magazine by F.B.

Mrs.  Pilsworth was born at West Butterwick, in North Lincs., in 1861. Converted when nineteen years of age, she threw herself heartily into the work of the Church, and did good service in choir and Sunday School. Soon after her marriage she and her husband removed to Frodingham, and both attached themselves to our Church.

Fourteen years ago her health failed, and for the last eight years she was an invalid. Her religion was beautifully exemplified in trial. Her faith in God failed not and her witness for Christ was a lamp burning bright and clear. We pray for the bereaved husband and daughters.