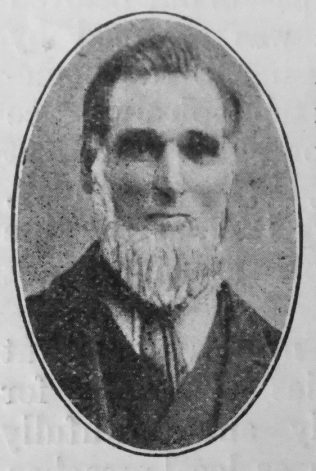 Transcription of obituary published in the Primitive Methodist Magazine by T.L. Page

By the death of Mr. Richard Pollard, of Newlyn, on March 4th, Penzance Circuit has lost its oldest local preacher. Our brother passed to his reward at the ripe age of seventy-nine years. He was converted in the great revival of 1849, when nearly the whole population of the famous fishing village was won to Christ and Primitive Methodism. In the following year his name appeared on the plan as a local preacher, and until compelled to retire because of the weight of years and bodily weakness he most assiduously fulfilled his appointments.

For a considerable period he served the society as steward, and his son now worthily occupies the post.

Perhaps his greatest service to the church was rendered as a class leader. He was always in time. He very carefully shepherded his flock and sought ever to build up his members in the Christian life.

Very excellent advice was always forthcoming from his lips as the needs of his members were revealed to him. He was at his best in a rousing prayer meeting. He had a wonderful gift, and when thoroughly aroused his earnest pleadings became eloquent outpourings; as his voice rose, and his spirit caught fire, he surprised everybody by the rich flow of his language and the fervour of power. He was truly a wrestling Jacob.

Beginning life with little education he sought to improve himself, and became a good naturalist. He collected and preserved by his own efforts a wonderful variety of the denizens of the deep.

His last days were spent in quiet retirement, waiting for his heavenly call. The funeral was conducted by Revs. T. Lloyd Page and J.H. Howlett, and though rain fell heavily a large crowd gathered to show respect and walked the two miles to the cemetery. On Sunday evening, March 15th, the Rev. T. Lloyd Page conducted a memorial service and preached from Job v. 26.

Richard worked as a fisherman.