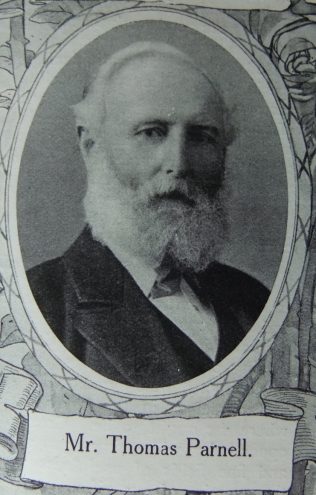 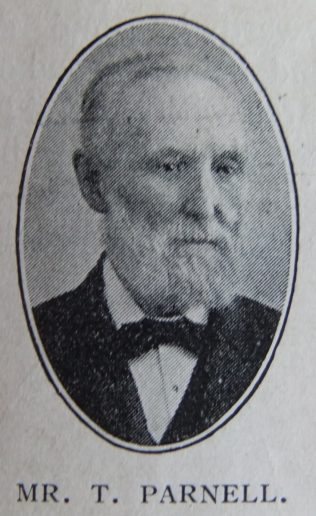 In his 73rd year, Mr. Thomas Parnell, of Scarborough, is an active, healthy, and hearty man. In his fifteenth year he made a full surrender to his Saviour, and, returning to his native town, at once joined the Primitive Methodists, then worshipping in the Old Chapel, Sepulchre Street. Soon his name appeared on the preacher’s plan. He has since occupied many positions of trust and responsibility in the Church to which he is thoroughly attached.

It is to him the spring of great delight to have been instrumental in leading his father to Christ; counted worthy to be a Class Leader, Local Preacher, representative on District Committees, to District Meeting and Conference; chairman of Jubilee Missionary Meeting twenty-three times in succession; trustee of several Chapels; Junior and Senior Circuit Steward seven years. In his attendance at the week-night and Sunday services the example of Thomas Parnell is worthy of imitation.

Thomas was born abt1838 at Scarborough, Yorkshire, to parents Thomas and Elizabeth. Thomas, senior, was an inn-keeper (1851).

Thomas spent the greater part of his working life as a collector of taxes and rates.