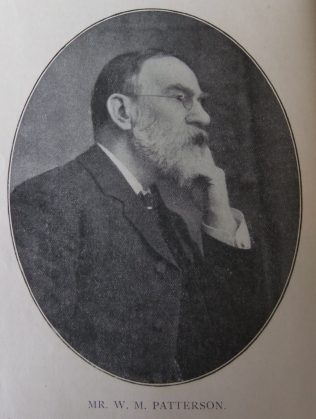 William was born on 25 September 1842 at Berwick upon Tweed, Northumberland.

Until the age of nineteen, William attended the ministry of Dr Cairns of the Wallace Green U.P. Church. It was through the Primitive Methodist Church that he was to the light of Christian experience. He was soon placed on the preachers plan.

Leaving Berwick, he moved to Newcastle upon Tyne. William obtained a journalistic appointment at Consett, then Jarrow and later returned to Newcastle.

On retirement, William threw himself into church work. Mainly to assist the Centenary Fund he set about writing a history of Northern Primitive Methodism. He was one of the preachers at the centenary camp meeting on Mow Cop.

William was elected Vice President of Conference in 1913.

A fateful night: a north-country story

Northern Primitive Methodism: a record of the rise and progress of the circuits in the old Sunderland circuit, 1909