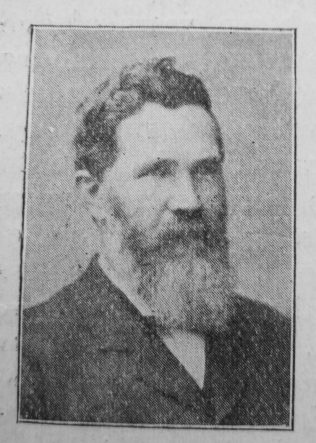 Transcription of Obituary in the Primitive Methodist Magazine by A.T.G.

He was born in a pitman’s home in Scotswood in 1844; his father, a miner, was killed in the pit when his son was only three years of age; he knew many difficulties and privations in early life, and while still a lad he went down the pit to work in days when mining was not safe-guarded by the beneficent regulations that exist to-day; all this was a stern schooling that did not sour him but fitted him to become in after years a champion of the poor.

In early life he was converted under the ministry of the late Peter Mackenzie,  and while still in his teens became a local preacher and official in the church. He rapidly gained the confidence of his fellow-workmen, was their agent for years, and represented them in many a Conference; for sixteen years he was an agent for the Northumberland and Durham Miners’ Permanent Relief Fund, one of the greatest achievements of social self-help in the world, and for four years was its general Secretary. He took a wise and fervent interest in public affairs, attended several Trades’ Union Congresses and was invited to stand for Parliament. He was once warmly congratulated by the late W.E. Gladstone, for his eloquence and statesmanship as a miners’ advocate.

But above all he was a local preacher: preaching was a passion with him, he was a student to the end, no gift more precious in his judgment than a good book; as a result he was cultured in the best sense, he preached and lectured constantly in the best circuits in the Sunderland and Newcastle District.

As a labour leader he was cautious and resolute. It was the philanthropic side of Trades Unionism that most appealed to him, and in a village that is to be built for aged miners, it has been decided to call one of the streets “Reid Street,” as a recognition of his devoted labours for his unfortunate brethren.

Though a self-made man, he was singularly modest, indeed his retiring disposition often hid from the superficial observer his real strength; he was sensitive and preferred the quiet places, but in any crisis he could be relied on as a stalwart for justice.

On Good Friday he went for a walk in the lovely Jesmond Dene, and in the afternoon passed away with a suddenness that was tragic yet beautiful for one who held constant communion with the Highest, and who ever listened for the voice divine.

The funeral service in the Central Church will long be remembered, the beautiful church was filled with mourners, Trades Unions, Philanthropic Societies, and the churches were represented, and members of the House of Commons, like Messrs. T. Burt, J. Wilson,C. Fenwick, and J. Johnson, all joined in doing honour to a workman of the best type.

A widow and four children are left to mourn in a deep loneliness, but they, have the inspiring memory of one who earned the love of his fellows by his devotion, kindliness, and his loyalty to purposes that are divine because they are born at the foot of the Cross.

Daniel was born to parents Daniel and Mary.

At the time of his death, on 1 April 1904, his probate record identifies Daniel as secretary of a miner’s relief fund.