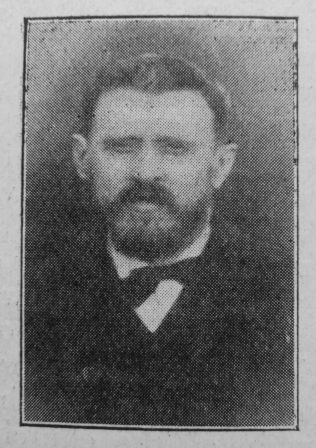 Transcription of Obituary in the Primitive Methodist Magazine by J.W. Lancaster

A great sorrow and loss came into our life and church, through the sudden call to the higher service of Brother Green Roberts, who died in the Huddersfield Infirmary on Sunday morning, October 2nd, in his fiftieth year. Our dear and departed friend had been a true and loyal member of our church for about twenty-nine years, and during the whole of this time he was ever a burning and shining light for his Master. He was converted in our Skelmanthorpe church, where until recent years his religious life was spent among his own people. The class and fellowship meetings were always real means of grace to him. If things were a little dull and heavy, his fervour and strong faith were sure to lift the atmosphere. Indeed, it has often been said, “that class meetings could never fail when Green Roberts could attend.”

Some six or seven years ago, on account of trade depression in his native village, our brother, with his family, were led to remove to Manchester, where he soon sought out the nearest Primitive Methodist chapel, which was Wellington Street. Here his wife and two sons are still highly respected members and workers. At Wellington Street, Brother Green, at the time of his death, was assistant class leader – his true vocation, which his brethren in Manchester were not slow to recognise from the first, notwithstanding the fact that he was a stranger from a country village, minus the polish of city life. On Sunday, the night of his death, when the news was publicly made known at the evening service, many eyes were filled with tears, and all felt that a good man had gone from their midst. Brother Roberts was never backward when there was an open door for prayer and Christian testimony.

Sister Ann Dyson, one of our devoted and useful class leaders at Skelmanthorpe, said to the writer as he was leaving the graveside on Wednesday afternoon, “Green was a good man. I was converted through his testimony at a lovefeast.”

While office and position in the church were always secondary considerations with him, the salvation of souls and the prosperity of Zion were ever the burden of his prayer.

His last affliction (appendicitis) was sharp and serious. All that loving hands and medical science could do was in vain. As a last resource he was taken to the in?rmary, and when he knew the operation had failed there was not a murmur, but a spirit of peace and resignation to the Divine Will. He was conscious to the last. Another member of our church in the same ward and in an adjacent bed, says he was very happy and prayed much towards the end, and the last that he heard of him was that he was singing his favourite hymn:
“Were the whole realm of nature mine
That were a present far too small,” etc.

From the Huddersfield Infirmary the remains were brought to his father’s home at Skelmanthorpe, where a brief service was conducted by the Rev. R. Bolton, after which an impressive service was held in our chapel, when an address was given by the Rev. J.W. Lancaster, who also conducted the service at the graveside.

Green was baptised on 2 July 1854 at St Michael, Emley, Yorkshire. His parents were George, a hand loom weaver, and Ellen.