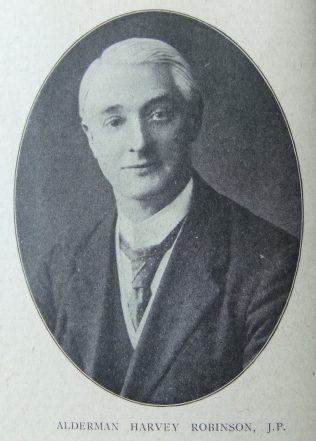 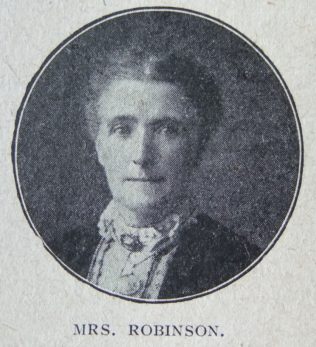 Harvey was born in 1869 at Ossett, Yorkshire, to parents George and Ann. George worked as a cloth finisher.

Harvey worked as a rag merchant.

Harvey was associated with the Queen Street Sunday school as both scholar and teacher. When about nineteen he went on full plan as a local preacher.

Ambitious to become an acceptable and successful local preacher Harvey diligently applied himself to reading and study. His addresses and sermons were always thoroughly well prepared, and with a commanding presence, a good voice, and an earnest delivery, in a short time he became recognised as one of the most promising preachers in the Ossett circuit.

Harvey was Vice President of Conference in 1919.

Harvey served as a town councillor at Ossett. For three years in succession he was adopted and served as Mayor leading up to WW1. He became an Alderman and Justice of the Peace. Follow the link to view a picture of Harvey preparing for the visit of King George V on 10 July 1912.

Harvey married Mary Jane Eastwood (1862-1934) on 12 September 1891 at Horbury Ebenezer PM Chapel, Yorkshire. Census returns identify that they had one child who died in infancy.