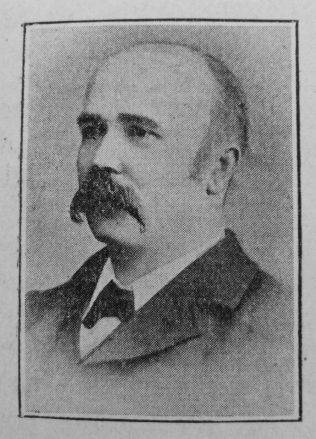 Transcription of Obituary in the Primitive Methodist Magazine by A.J. (Alfred Johnson)

Brother Radbourne, of Teignmouth, South Devon, whose lamented death we chronicle, passed to the church triumphant on the evening of July 7th, 1904, at the age of fifty, after undergoing a surgical operation.

He was often a great and most patient sufferer, yet he generally were a very cheerful countenance

He was highly esteemed by his fellow townsmen, who regarded him as a truly conscientious and useful member of the community, and would have delighted to have done him honour had he desired distinction. As in the town, so in the church of his choice. He never sought offices, they were thrust upon him. For many years he sustained with great credit the position of local preacher, and at the time of his death he was the circuit steward of this station, and missionary treasurer for the Devon and Cornwall District, in which he had made many friends. To how him was to respect and love him. The law of kindness was on his lips, and love the ruling principle of his life.

In giving a brief outline of his character one may truly say, he possessed a very devotional and spiritual nature. Some are only such on Sundays, or in the days of sunshine. Our friend made no difference as to “times and seasons,” with regard to his religious life. Whether busy or slack in his earthly calling, it did not affect his religion. Christ was in him as a living reality. Hence he was always ready to converse on divine things. The secret of this constancy and devotion was fellowship with God.

He had intellectual tastes and aspirations. In mental abilities he was far from mediocre. A glance at his books would show you the trend of his mind. In his public utterances he was listened to with marked attention, for he sought to give his hearers “thoughts that breathe, and words that burn.” Just when giving such promise of usefulness, both in the pulpit and on the platform, it seems mysterious that he should have been so soon taken from the vineyard of the Lord.

He was thoroughly loyal to his own Church and Connexion, and that for twenty years at least. He never despised “the day of small things,” but nobly stood by the little struggling cause in the town “through thick and thin,” not only supporting it to the “best of his ability, but the Connexional Institutions as well, with a special leaning towards our Missionary cause.

On the Tuesday before his death the writer was privileged to see him open his eyes after some days of unconsciousness, and to be recognised by name. In commenting on the Twenty-third Psalm he squeezed my hand in response to the words, “Thou art with me, Thy rod and Thy staff they comfort me.” The last words I heard him say were, “I am all right.”

Yes, because complete in the righteousness of Christ. “All right?” Yes, especially now, as a glorified saint in heaven. May his true and faithful wife meet him there.

At the funeral in the cemetery at large number of friends were gathered. The Rev. W. Holland, a former pastor, gave a beautiful and touching address. The Revs. R. Andrews and J.A. Kerswell took part in the service, and the writer of?ciated at the graveside.
“Jesus, Thou Prince of Life,
Thy chosen cannot die:
Like Thee, they conquer in the strife
To reign with Thee on high.”

Mark was born abt 1854 at Speen, Newbury, Berkshire, to parents David, a shepherd, and Harriet. Census returns identify the following occupations for Mark.

Mark married Caroline Heal (1855-1929) in the spring of 1880 at Newbury, Berkshire. Census returns do not identify any children.