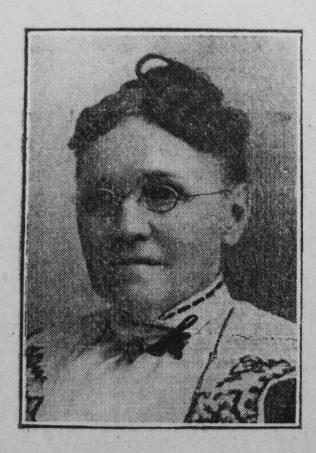 Transcription of Obituary in the Primitive Methodist Magazine by Marmaduke Robinson

In the death of Mary Jane, the beloved wife of Rev. W. Robinson of Retford, a woman of rare beauty and charm has passed away from earth to heaven. She was the daughter of Mr. Robert Simpson, farmer, of Hutton Cranswick, near Driffield, Yorkshire. From earliest years she was brought up under Christian influences, and taught the way of life. Her father’s house was for many years a home for Primitive Methodist Ministers, and the memory of those good men made a permanent impression upon her youthful soul. Accordingly, she became, while still a girl, a decided Christian, a Sunday School teacher, a zealous worker in the Church; and a life of piety and usefulness was begun, that was to be carried on in larger spheres in the years to come.

In the year 1863 she became the wife of him who deeply mourns her death, and for more than forty years was a brave companion and helper in the work and warfare of life. By nature she was richly endowed, possessing a grace and charm of character, a brightness and beauty of soul, which won the respect and confidence of all who knew her, and gave her an influence for good both at home and abroad. Her kindness and generosity of heart made it hardly less than a passion and a purpose to do and to devise good things. Though naturally diffident, never courting prominence, but always esteeming others better than herself, she was in hearty sympathy with all good work. She was very large-hearted, but she was loyal to her own church. Her love for God’s House was deep and strong, and surrounded by her children she was ever in place. In visiting too, she took delight, and among the sick and needy, her presence was welcome, and her gifts not few. In later years she devoted much of her time to assisting her husband in pastoral work.

Her interest in the young people of the church was a marked feature in her character and especially any youth who might be strange and away from home, how she cared for him, invited him to her home, and showed him all the love and tenderness of a mother. But nothing in Mrs. Robinson was more conspicuous than her love and good management in home and family life. As wife and mother she was the shining light of the domestic hearth, and in her are the words found true: “her children rise up and call her blessed, her husband also and he praiseth her.”

To the worth and excellency of her life, so strenuous and full of alms and good deeds, and as showing the influence she exerted, and the esteem in which she was held, many eloquent testimonies could be be quoted, one or two must suffice. The Rev. R. Heppenstall writes: “When on probation in Scotland, as your colleague she was to me the essence of kindness, and I cherish her memory as a very sacred thing.” The Rev. F. Rudd, who married her eldest sister, says: “She was in many respects a fine and loveable woman, and a good manager in the home.” “She reflected God,” says one who knew her well, “in her many acts of love.”

Up to within a short time of her death, she appeared to be the same strong woman of years ago, and we were confidently hoping she would be spared for years to come. But it was decreed otherwise. The end was sudden and unexpected, but withal calm and peaceful, as the setting of a summer’s sun, and as the golden radiance of a summer’s eve. Thus passed away at the age of sixty-four years, that precious life to be for ever with the Lord, who from girlhood she had loved and served with such ardour. The funeral took place in Retford Cemetery, on June 7th, 1904, and was attended by large numbers of friends from all parts of the circuit. Wreaths and floral decorations were sent to lay upon the grave, one from the circuit’s quarterly meeting, and another from the Ladies’ Sewing Committee, besides many more from private friends, testifying of the high esteem in which our beloved was held. T0 all who knew her, but especially to her own family, the remembrance of her rare and beautiful spirit and life will be a cherished treasure, and a fountain of ennobling influence.

Mary was baptised on 30 July 1839 at Middleton on the Wolds, Yorkshire. Her parents were Robert, a farmer, and Margaret.