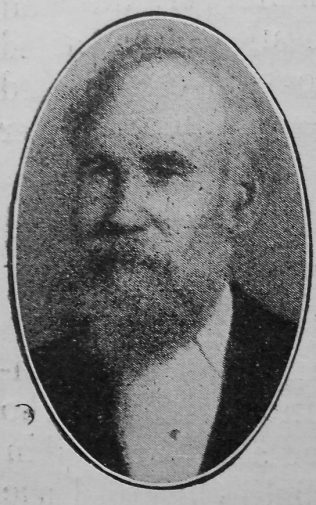 Transcription of obituary published in the Primitive Methodist Magazine by Edwin I. Devenish

The Newbald Society in the North Cave Circuit has sustained a great loss by the crossing over unto the other side of one of its oldest and most worthy members, Brother Johnson Ramsey. He was born at Hessle, near Hull, in July, 1837. His conversion took place within the Wesleyan Church in the year 1854. When later he removed to Brantingham in 1862, he joined the Primitive Methodist Church, and has remained a loyal and humble member of that church until God took him to Himself on the morning of Friday, February 21st, 1908.

Our brother honourably filled nearly all the offices our church could offer him. He was a local preacher of forty-six years’ standing, a class leader, trustee, chapel treasurer, society steward, and an ex-superintendent of the Sunday School. He was much beloved in his own village, always taking an interest in its general weal, and was an ardent Liberal in politics. His sufferings were rather prolonged, but he was conscious to the last and filled with the peace of God. To visit him was a means of grace.

On the day of his funeral a large number of representatives, friends, and neighbours attended to pay their last respects to his remains, although the weather was stormy and cold. The service in the church was conducted by the Rev. E.I. Devenish, assisted by Rev. J. Watkins (Baptist), Mr. A.T. Darling, and Mr. Witter, of the District Van Mission. The vicar of the parish was in attendance. The committal service was read by Rev. E.I. Devenish, and prayer offered by Rev. J. Watkins. May his sorrowing widow and relations find much comfort in the thought of the great re-union in the resurrection of the just.

He married Mary Jane Atkinson (b1842) on 28 march 1862 at Hayton, Yorkshire. Census returns identify one child.