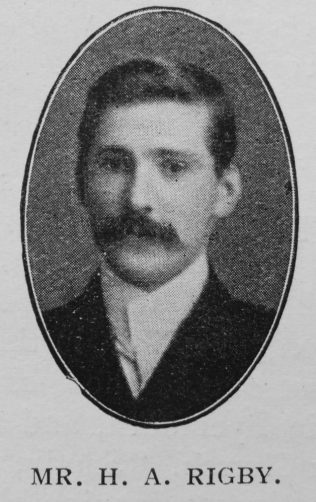 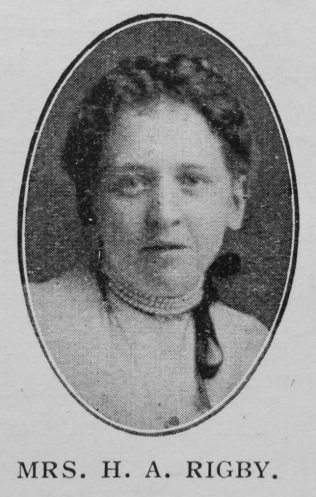 Bro. Henry Albert Rigby, of Platt Bridge, was taken from us suddenly in February, 1910, aged 28, in the midst of his labours. He had served successively as Sunday School teacher, President of C.E. Society, and Superintendent of Sunday School. A more ready and devoted worker could not be desired. He left his widow and two children to mourn his loss.

Mrs. Elizabeth Bell Rigby (widow of above), after a short illness was removed to Wigan Infirmary for an operation, where she died July 24th, aged 27 years. Mrs. Rigby had scarcely got over the loss of her husband when her last illness came upon her. She devotedly supported her husband in all his Christian duties, and even after his death her home was always open for the ministers and preachers. She leaves behind two little girls to the care of her father, Henry Knox, who has supported her and comforted her in her sorrows and during the loss of her mother. Our prayers and sympathy are for the bereaved ones.

Henry was born abt1881 at Pemberton, Lancashire, to parents Thomas, a coal miner, and Betsy.

His probate record describes Henry as a coal dealer.