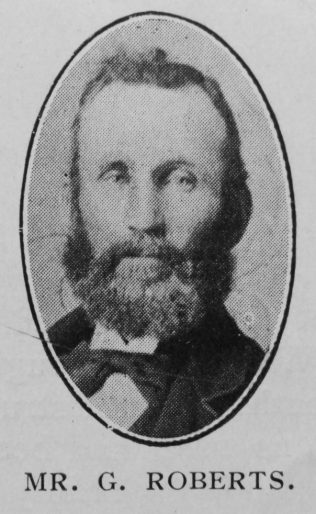 In the death of Mr. George Roberts, of Scunthorpe, we have lost a brother beloved and a good Christian. He died on May 27th in the sixty-seventh year of his age. He came to Scunthorpe forty-one years ago from the neighbouring village of Broughton. A year later he decided for Christ. From that day his religious career was strenuous. He dearly loved God’s house and the means of grace. The faith to him was a precious charge, and he kept it jealously. He was a good hearer, sympathetic, but discriminating.

For years he delighted in open-air work and in visitation. He contributed cheerfully to the funds of the Missionary Society. For about a dozen years he was a local preacher. He also held the positions for a long time of Sunday School teacher and society steward; as a class leader he was gifted. We pray for the widow and family.

George died on 27 May 1912 at Scunthorpe, Lincolnshire.