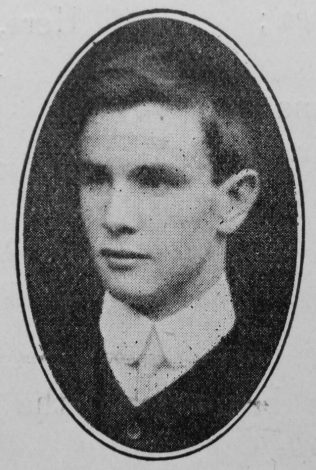 On the night of November 3rd, 1908, Mr. William Henry Rowe, student for the ministry at the Hartley College, was accidentally suffocated in his bedroom by an escape of gas. The eldest son of Mr. W. Rowe, of Whitehaven, our young friend, who at his death was twenty-three years of age, was associated with our Church and school from childhood. Prize-taker in both school and local preachers’ examinations he was recommended for the ministry, and gave great promise of future usefulness. In his first term he made a marked impression, and quickly became a favourite with his fellow-students. For one so young his friendships were unusually varied and deep. A keen, alert student, an ever welcome preacher, in our own and other pulpits, he seemed likely to take a good. position in our ministry. Hence his death under such tragic circumstances was a severe blow to his parents, and has evoked for them widespread and heartfelt sympathy.

Over a hundred letters and resolutions of sympathy from friends and various committees and official courts, including the local Member of Parliament, the Liberal Association, the deputy-Mayor, as well as from South Africa and America, furnish evidence of profound sympathy and respect. One of his college friends wrote, ‘A more truly sportsmanlike friend I never had. His unselfishness and even temper made it altogether a pleasure to be either his colleague or opponent. But his great forte lay undoubtedly in his honest and upright character. He was indeed a servant of Christ and like his Master. I ever found him ready to love and generous in the return of affection that was shown.”

His funeral wag one of the largest ever seem in Whitehaven on a week day, the following taking part in the service: E. Simkin, F. Stoddard, E.A. Steen, E.F. Martin, J.G. Cushing, E.. Murphy (Wesleyan), Joseph Hawkins, representing the District Committee, and Principal W. Jones Davies, of Hartley College. The bearers were past and present students of the College, Mr. Callin being the special representative of the students at the interment.

On the following Sunday Rev. E. Simkin gave a finely conceived and effective address on the salient features of the life and character of the deceased, and at night the church was crowded when a never-to-be-forgotten memorial service was held in which Revs. W. Jones Davies, E. Simkin and Messrs. K.W. Jenkinson and W.R. Reed took part. The Principal gave the address which made a deep impression on all who heard it. The prayer meeting which followed was one of the most inspiring and heart-searching in the memory of the oldest worshipper, the service being one of consecration and blessing to many.

Our young brother’s memory will long be cherished by all who were privileged to know him, and his loss to the church at Whitehaven and in the District is being keenly felt, but we sorrow not as those without hope for we know we shall meet again in our Father’s house above.

William was born abt1885 at Arlecdon, nr Whitehaven, Cumberland, to parents William, an iron miner (1891) and draper’s traveller (1901), and Elizabeth.

The 1901 census return records William as an apprentice lithographer.