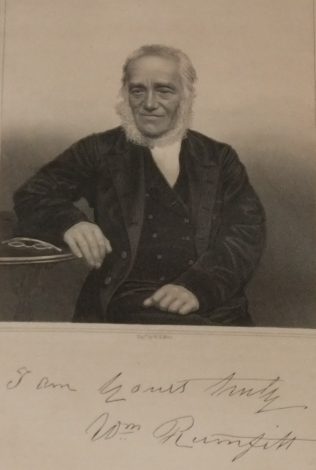 William was born on 19 November 1803 at Ripon, Yorkshire. He was a cabinet maker and joiner.

William was converted alongside Moses Lupton at a prayer meeting  led by William Clowes in Ripon on 4 March 1820. His family pressed him to join the Wesleyans, but he joined the Primitive Methodists in April 1820. He went to York in 1822, aged 19, already a local preacher. There he joined the society in Grape Lane, which he found ‘in a low and feeble condition’. With Sampson Turner as superintendent, they sorted the situation out. Sharp discipline was required to be applied!

William served the connexion as a Local Preacher and Class leader. He was also a Sunday School teacher, Trustee and Chapel Treasurer. In 1857, William was elected a Deed Poll Member of Conference and attended conference for each of the next 21 years.

William died on 4 April 1879 at Ripon at the home of his daughter Elizabeth. He was buried in York.