A Snapshot of Village Methodism 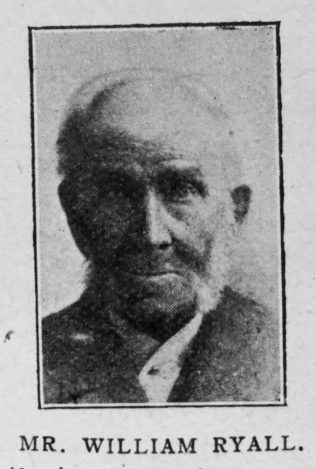 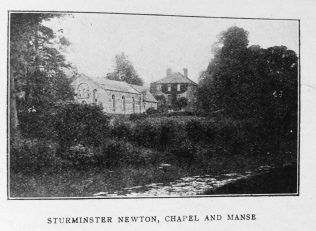 Transcription of a sketch in the Christian Messenger by Rev. R.W. Burnett

ONE day, about a century ago, a quaintly dressed old man was calling here and there among the farm houses and cottages in and around the small agricultural village of Motcombe in North Dorset.

If local tradition is reliable, the caller, who stayed to converse and to pray, was none other than Hugh Bourne himself, visiting the “Western Mission” of Tunstall Circuit.

To-day, the Circuits of Motcombe, Shaftesbury, Mere, Sturminster-Newton, Blandford, and Poole admit the parentage of this small village.

What toil and devotion are summed up in such a sentence!

On the Sturminster-Newton Circuit in 1911, two veteran brethren were still with us, relics of these earliest days – Solomon Ellsworth of Ibberton, and William Ryall of King’s Stag.

Solomon Elsworth died suddenly in 1912, and his funeral will long be remembered in the neighbourhood. William Ryall is with us still, having reached his ninety-sixth year.

He is physically wonderful. Until ninety, the infirmities of old age touched him but very lightly. A Hazelbury man told me one day: “I was driving along this road,” said he, “early one morning, and noticed a man with a pony on a meadow. The pony was drawing a little chain harrow over the grass. The pony was fresh and the man had to step out briskly to keep pace with it. When I got opposite the meadow, I was astonished to find it was our old friend William Ryall.” Sprightly at ninety.

After my last service at King’s Stag I stepped into Mr. Ryall’s house for a few moments according to custom, and he followed me “all in a hurry.”

“Well! Good-bye, old friend, goodbye,” he said. “I can’t stop long. I’m going with a neighbour to drive some cattle as far as Pulham.”

One Sunday our friend was reading with great interest “The Life of Thomas  J. Barnardo,” a fine volume presented to him by the rector of the parish, and inscribed “To a fellow-pilgrim upon attaining his ninetieth milestone.”

“Ah!” said the old gentleman in his steady, serene way of speech, “How times change! How times do change! Sixty years ago I was a fool, I was a lunatic, I was everything that was bad, because I was a chapel man. Now I am ‘a fellow-pilgrim.’ How times change!”

“ A chapel man!” How much of reputed inferiority, obloquy, almost infamy, is contained in that appellation. The Primitive Methodists of the North of England, and of the chapel-crowded districts of North and South Wales or the Black Country do not realise how intense was the feeling against chapel people in times past. It is a feeling that still lingers.

It goes without saying that our friend is a local preacher. All the men converted in those earliest days became local preachers, and some of the women. Increasing years limited his range of service, but all through his ninth decade he frequently supplied the pulpit at King’s Stag, and was the happily accepted chairman of many a special meeting. Not long ago our friend had a longing to go over the hills to Ansty to see the chapel he had not seen since its opening services nearly twenty years before, and to preach there.

So, upon a certain August Sunday in 1917 a friend drove him over the glorious slopes of Bulbarrow to Ansty, where to the great delight of the older members, who called to mind his visits to them when a barn was their sanctuary, the veteran of ninety-three declared to them the love of God in Christ Jesus.

By preaching, William Ryall has done much, by life he has done more. “Mr. Ryall.” said a villager to him one evening, “I hope you won’t die yet, for I shan’t want to live in King’s Stag after you are gone. King’s Stag won’t be the same place to me, then.”

Our friend was unwell during last summer, but improved as the autumn drew near. He said: “I shall grow out of it.”

Many more days we cannot wish for him. We can only be thankful that there remaineth a rest for the people of God. He has long been ready for Heaven.

William Ryan was baptised on 27 March 1825 at Lydlinch, Dorset. His parents were George and Charlotte. George was a blacksmith.

William followed his father’s trade for most of his working life. By the time of the 1901 census he had become a smallholding farmer following retirement as a blacksmith.

William married Mary Bush (1835-1918) in early 1867 in the Sturminster Registration District. Census returns identify they had two children who died in infancy.