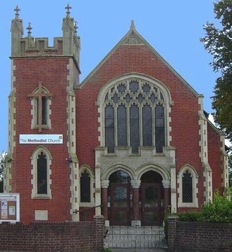 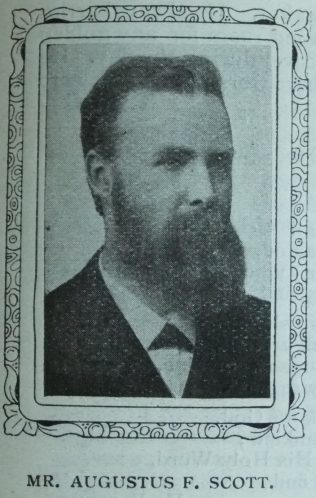 A.F. Scott was born in Rockland St Peter, Norfolk, the son of the Primitive Methodist minister, Jonathan Scott.  Soon after training as an architect and surveyor, he settled in Norwich and lived there for most of his life.  His two sons joined him in the business in 1912.

A man of extremely strong principles, he was a teetotaller, vegetarian on moral grounds and a strict Sabbatarian.  He refused to pay that portion of his rates which funded Anglican schools and when bailiffs removed his paintings, he would buy them back again.  He was an enthusiastic cyclist and as a local preacher travelled thousands of miles by bicycle and even cycled to London for business on several occasions.  He maintained a Chinese missionary in Western China for many years at his own expense.

In 1920 a severe dispute between the minister at Scott Memorial Church, Percy Carden, and A.F. Scott resulted in Scott and his family permanently severing relations with the church.