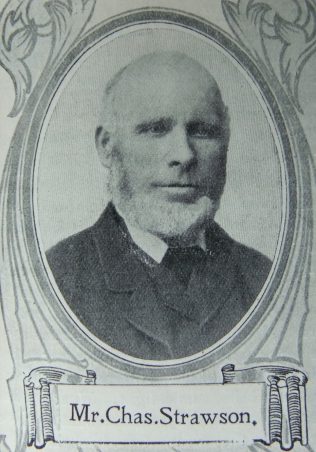 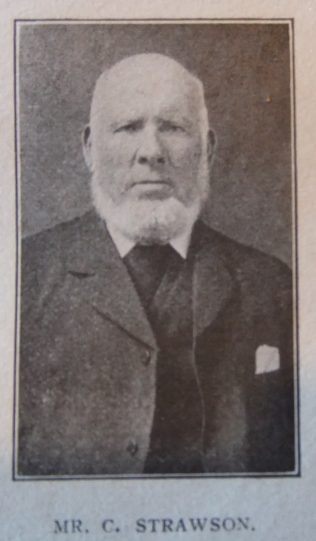 Charles Strawson, Senior Steward of Gainsborough Circuit belongs to the order of strong, quiet men. He is a worthy specimen of North Lincolnshire Primitive Methodism. He is racy of the soil; sound in judgement, strong of will, kind of heart, unyielding in loyalty to his church. Born at Springthorpe sixty-three years ago, he is ripening in years and in grace. A simple serene faith in a living Christ and a loving Heavenly Father is to him an anchor holding in the time of storm and which no Rationalism can shake. Temperance worker, children’s man, class leader, much could be said of him as a toiler in the vineyard. As Circuit Chancellor he is a great success. His strength of mind and character is devoted to the work. He takes an interest in every society, encouraging and stimulating with his presence, counsel and help, and financial prosperity is the result.

Charles was born in 1843 at Springthorpe, Lincolnshire, to parents William and Mary. William was a farmer (60 acres in 1851).

His obituary records that Charles was a strong, stalwart character – independent in thought and action – a rugged and virile personality, fearless in the expression of his convictions. And yet with all his massive strength, he had a heart as tender as a child’s.

Census returns give the following occupations for Charles.

Charles married Hannah Miller (abt1844-1919) in the Gainsborough Registration District in the spring of 1868. Census returns identify two children.