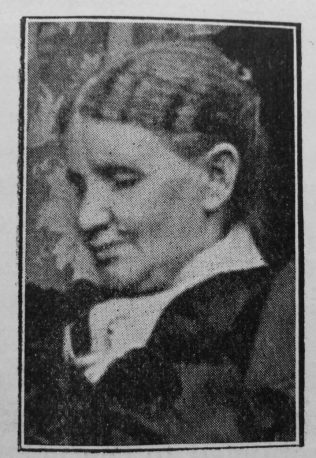 Transcription of Obituary in the Primitive Methodist Magazine by John Wenn

Mrs. Martha Saxton, wife of Mr. Arthur Saxton, of Hasland, Chesterfield, was born Dec. 13th, 1840, and died Dec. 24th, 1906. From a child she was religiously inclined and joined the church at fourteen years of age. She had then difficulty in meeting the financial obligations of membership but, recognising that God was her first creditor, never failed to do so. Our dear friend was always ready for every good word and work in the service of the church. Out of a box full of letters, one of which comes from far Jerusalem we may quote a few. Rev. W.A. Bryant: “Her whole life whilst we have known her has been a long practical example of doing good.” Rev. Samuel Barker: “She was one of the excellent of the earth.” Rev. Professor Humphries, M.A.: “A wide circle of friends regarded her with affection and esteem for her kindness of heart and graciousness of life.” S. Hilton, Esq., ex-mayor of Leicester: “So genial, hospitable, and thoroughly interested in Primitive Methodism.” John H. Hirst, Esq., Clerk to the U.B.C., speaks of “the high esteem in which she was held by all who could appreciate sterling worth, life-long integrity of purpose, and unselfish devotion.” Of Martha Saxton it may now be truly said,

Martha was born at New Brinsley, Nottinghamshire, to parents Isaac Hoades, a coal miner, and Elizabeth.