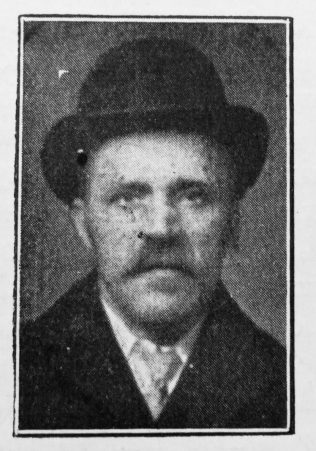 Transcription of Obituary in the Primitive Methodist Magazine by John Bell

Mr. Walter Shenton was born at Shildon in the year 1860. He was converted at the age of eighteen, and became a member of our Shildon Church. The new life was so progressive and gave such promise of usefulness that he was recommended to the Quarterly Meeting as a likely candidate for the Preachers’ Plan.

After coming on full plan he and brother John Peacock accompanied each other for a period of seven years, during which they had many glorious experiences of seeing men and women brought to Christ. On two memorable occasions over fifty persons professed conversion through their agency.

Mr. Peacock says: “I have had the privilege of seeing him under almost all the changing conditions of earthly life, and whether under the cloud or in the sunshine, he always trusted in the promises of God. He was one of those who was always willing to work in any sphere to which the Church appointed him.”

After some time he removed to Easington Lane, and then to Murton Colliery in the Hetton Circuit. Work crowded upon him. He was not only local preacher, class leader, Sunday School superintendent, but also treasurer to the trust, and for three years president of the Christian Endeavour. His influence among the younger members and the children was especially strong. His death followed a rather long and painful illness. At forty-six years of age he naturally desired, if it were God’s will, to get better, but he was resigned to the great Father’s will whether for life or death. His funeral was very largely attended from all parts of the Circuit and from other places. A number of brethren took part in the service. His death was improved by our superintendent minister, the Rev. M. Johnson, on October 28th, 1906, who was assisted in the service by Messrs. John Bell and J. Beecroft, and a profound impression was made on the large congregation. It was felt that he being dead yet speaketh.

Walter was born in 1859 at Mow Cop, Staffordshire, to parents William, a coal miner, and Ann. The family moved to Shildon, Co. Durham when Walter was quite young. The 1871 census return identifies Walter working as a coal miner aged 12..

He married Emma Wright (1859-1925) in the spring of 1884 in the Auckland Registration District, Co. Durham. Census returns identify three children.

Emma married William Galilee in the spring of 1915.