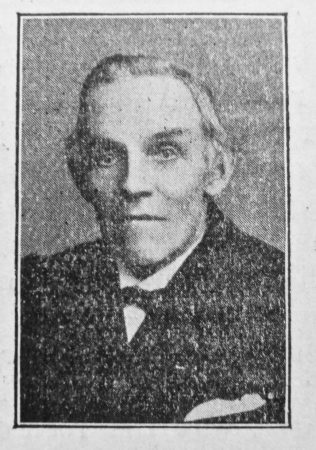 Transcription of Obituary in the Primitive Methodist Magazine by M.H.C.

The subject of this memoir was born at Startforth, in Yorkshire, on February 2, 1831. At an early age his parents removed to Barnard Castle, where Mr. Thomas Simpson was regarded as “a highly respected local preacher.” It is said that during the ravages of the cholera in the North of England, in 1849, he frequently visited and prayed with the dying, and in this way contracted the disease and died in September of the same year. This event was followed four days after by the death of the mother, thus leaving a family of three sons and two daughters.

When about twenty years of age Mr. Simpson removed to Louth, where he joined our church, appearing on the plan in 1854 as a local preacher. From that time forward his life has been one long story of steadfast devotion to the Church of Christ. He was a local preacher ﬁfty years, superintendent of the Sunday School forty years, class leader forty years, society steward and circuit steward during the last twenty years, as well as trustee for several chapels in the circuit. Such splendid services were suitably acknowledged at the Circuit Aggregate Meeting in February, 1904, when Mr. Simpson was presented with an illuminated address by the circuit officials as a tribute to the long and faithful service which he had rendered to the Church.

Mr. Simpson was very successful in business, but he was none the less devoted and faithful as a Christian worker. Even when the infirmity of years might reasonably have excused him from attendance at committees, he was always at his post, and time, money, and ripe wisdom were freely consecrated to the work of the circuit. Nothing gave him greater delight than a genuine revival of interest in Christian work. He was “always abounding in the work of the Lord.”

While Mr. Simpson lived so much in the eye of the public he was singularly reticent, he loved to work quietly, and shrank from any undue recognition of his worth or work. He had a heart for every good work. We have known instances of ministers visiting the circuit, whose work has been crippled by ﬁnancial difficulties, who have gone home rewarded by a substantial donation. His daughters were frequently sent on an errand of mercy to the poor; indeed, no case of need could come under his notice without bringing the necessary relief.

Of Mr. Simpson’s work in the wider world we may mention that he has several times represented the circuit at the District Synod, while the district has sent him thrice to the Conference. For many years he was a member of the Board of Guardians, and in 1892 he was elected to the Town Council, where he was highly respected by his colleagues. On Saturday, July 23, while seated in his office, Mr. Simpson was taken suddenly ill. He was speedily removed to his home, but in spite of all that medical skill could accomplish, he passed peace fully away on the following morning surrounded by his four daughters who now survive him. The funeral took place on Tuesday, July 25, the service in the home being conducted by the Revs. W. Raistrick and A.R. Walsham. As the cortège passed through the town every business house was closed; the procession was joined by the members of the Town Council and other public bodies. The service at the grave was read by Rev. M.H. Chapman, prayer being offered by the Rev. W. Pigott, D.D., representing the District Committee, the Rev. W.E. Walmsley, a former superintendent, being also present. We sang our brothers favourite hymn:
“Rock of ages, cleft for me,”
and left the solemn scene feeling that we were parting with one who had rendered yeoman service to the Church of Christ and were the poorer for his removal.

Richard’s parents were Thomas, a cooper, and Susan.