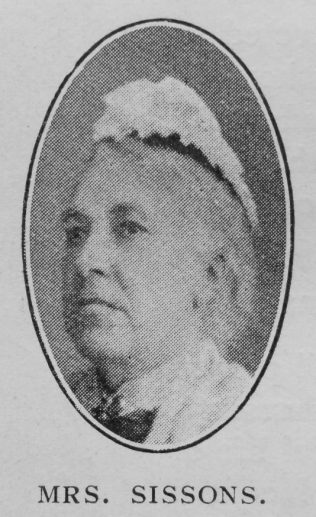 On Tuesday, April 11th, Mrs. Sissons quietly passed away at the age of  seventy-seven, having been for sixty-four years a consistent member of our Church at Selby. When at the age of thirteen she was converted, her parents objected to her joining the Primitives, but she overcame all opposition.

Her service to the Church was a real, active, living service. Her conduct was an inspiration to her fellow workers. Until some years ago, when laid aside, she was most happy in the service in the sanctuary, and while she sang or prayed the Father’s hallowed influence felt very neat.

The funeral service was conducted by Rev. W. Herrick. On the following Sunday Rev. J.N. Cleague referred to her beautiful, useful life.

Margaret was born in 1833 at Selby, Yorkshire, to parents William and Margaret. She was baptised on 8 September 1833 at Selby.