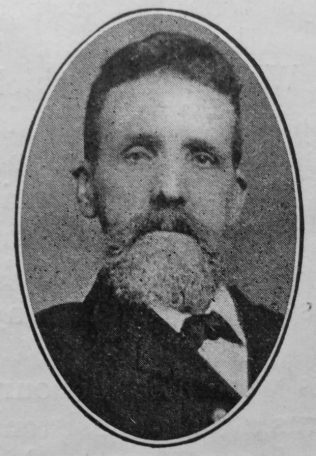 Transcription of obituary published in the Primitive Methodist Magazine by X.

William Sixsmith was born at Mosley Common, September 15th, 1841, and changed mortality for life, July 11th, 1907. Converted to God at a prayer meeting when thirty eight years of age, he soon became useful in the church as Sunday School teacher. He creditably filled the position of class leader for twenty-six, and that of society steward for nineteen years. In many other positions of trust, such as Sunday School superintendent, trustee, and caretaker, he also faithfully served for many years. Into all his service for the church he put his best of mind and heart. His interest never flagged, and no sacrifice was ever thought too great whether of time, talent, or wealth.

He rarely missed a Quarterly Meeting, and took a deep interest in circuit affairs. With child-like faith, intellectual problems troubled him little. His Christian experience silenced doubt. Nor did his faith falter in the final crisis. He finished his course with joy and for him death had no sting. In domestic life he was ever helped by a faithful wife. Together they lived and worked for common aims and ideals, sharing each other’s joys and sorrows, and training their sons, some of whom are already active in church work, in the fear and love of God. Their home was ever open to ministers and laymen, whom they ever delighted to entertain for the Master’s sake. The funeral took place on July 15th in the Tyldesley Cemetery.

A service was first held in the chapel where our brother had served so long, conducted by the Rev. E.R. Davies, assisted by the Revs. B. Moore and S.R. Woodall. The Rev. G. Hunt in fitting and appreciative words bore testimony to the worth, Christian character and faithful service of the departed. “He being dead yet speaketh.”

William was born on 15 September 1841 at Mosley Common, Tyldesley, Lancashire, to parents John, a coal miner, and Ann. he was baptised on 27 October 1841 at Peel by Bolton, Deane, Lancashire.

William followed his father as a coal miner during his working life.

He married Ann Greenhalgh (1844-1914) in the spring of 1864 at Tyldesley, Lancashire. Census returns identify four children.