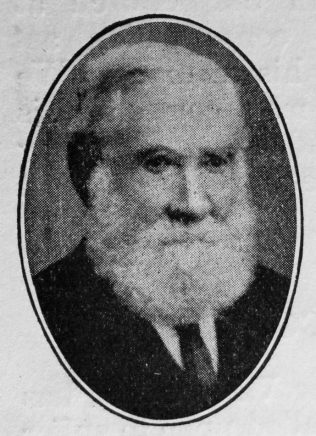 Transcription of obituary published in the Primitive Methodist Magazine by J.S.

Mr. Edward Smith was born at Penhale, St. Udy, East Cornwall, on Sept. 14th, 1820. When about thirteen years old he removed to Redruth. When eighteen or nineteen years of age he was converted in a great revival at the Primitive Methodist Chapel and at once joined the Church and Sunday School, his membership being maintained unbroken till his death; and his place on the Teachers’ Roll commencing on his joining the school, continued to the time of his removal to St. Ives two years ago last July. He served the Church much as a class leader, and for many years as Society steward. When twenty-one or twenty-two years of age he was most happily married to Miss Sarah Gray, of Redruth. They had a very large family, of whom the wife of the Rev. J. Sadler is one. To the unlimited hospitality of their home all the ministers and local preachers appointed to Redruth can testify.

He was remarkable for the regularity of his attendance at the means of grace on Sundays, his class, school, and both services, and the week-night preaching service. Perhaps his duties as teacher of the young women’s class absorbed his mind and heart most, and the expressions of appreciation by his class and fellow-teachers, survive him in the testimonials which will be gratefully preserved by his family.

In his “views” he was Liberal; in regard for others, patient and charitable. His life had many and great vicissitudes, but his faith never weakened and his fidelity never wavered.

His strength gradually failed during the last two years. His Bible was his constant companion. His last whispered words were ‘‘Praise the Lord,” “Hallelujah,” “Christ is precious,” then he sank into that sleep from which he never awoke, but passed away to eternal rest.