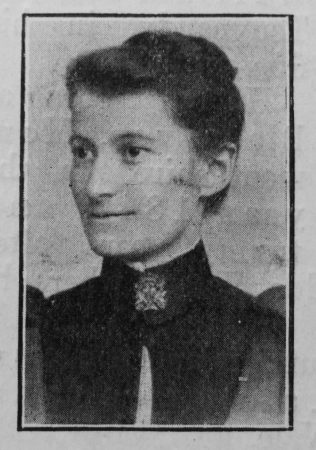 Transcription of Obituary in the Primitive Methodist Magazine by A.J. Campbell

The Newcastle Rd. Society (Sunderland Third Circuit) has suffered considerable loss by the death of Mrs. Smith. Her attachment to Primitive Methodism was only equalled by her intense devotion to Jesus Christ. She began her life amid religious associations. The act of her reception of Jesus Christ as to time is not known, but the fact that she had received Him could never be questioned by anyone who was privileged to know her. She lived by Him, for Him, with Him every day of her mortal life; quiet, undemonstrative, unobtrusive, yet shedding fragrance like an aromatic flower by her living more than by her talking. At Bearpark (Durham Circuit), Haltwhistle, and Sunderland she lived the same rich, perfumed life of one “called to be a saint.”

The records of Christian martyrology are luminous with deeds of splendid daring and magnificent courage, but few have eclipsed the quiet, patient suffering of the subject of this memoir. The last three years of her life were years of terrible agony, but no word of murmur or complaint escaped her lips. She conquered pain by supreme contentment and simple trust in God. At the comparatively early age of forty-two she “fell asleep in Jesus,” and on Sunday, May 13th, 1907, we laid her body to rest in Mere Knolls Cemetery, Sunderland. Her aged father and mother (Mr. and Mrs. Carter, of Haltwhistle), have lost a daughter of whom any parents might be honourably proud; her husband misses a fine, devoted wife, and scores of friends have lost the presence of one of the finest types of Christian womanhood that it is possible to imagine.

We all wait with patience on the threshold of the New City of God for the glad reunion when the “day breaks and the shadows flee away.”

Emma was born abt 1865 at Whitchurch, nr Tavistock, Devon, to parents William and Harriet. The family moved to Co. Durham, where William became a coal miner, when Emma was very young.