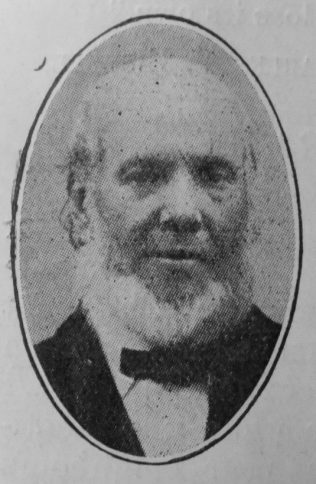 Transcription of obituary published in the Primitive Methodist Magazine by J.W. Clifford

In the North of England the name of Thomas Garner Snowdon is held in great reverence. He was born in Newcastle-on-Tyne in 1832, and he lived in no other city all his long life-time. His parents were Wesleyans, and he was trained in the Arthur’s Hill Wesleyan Sunday School, which afterwards passed into Primitive Methodist hands.

In 1849, he joined our Nelson Street Church Choir, and thus he came into touch with Mr. J. Kidd, who was a famous conductor. Mr. Kidd’s daughter became Mr. Snowdon’s wife, and was a real companion to her husband till, in 1901, she passed “within the veil.” Speaking of music, Mr. Snowdon’s ability and interest in that part of our worship are evidenced by the fact that he was one of a small committee appointed by Conference to arrange the tunes for our present Hymnal.

He was a member of our church for fifty-two years, and a Sunday School teacher the whole of that time; treasurer of the Central Church School for nearly fifty years, and class-leader for over forty years.

For a long time he was a regular attender at District committee meetings, and worked on the District Sunday School Committee from its foundation. Three times he was elected to the District Assembly, and was a delegate to the Manchester Conference. For nearly twenty years he was the special visitor for the Newcastle Sunday School Union, and was a “model” chaplain at the workhouse.

Such a record was deservedly held in honour, and his funeral on May 2nd, 1907, was largely attended. The service at Elswick Cemetery was taken by Revs. A.T. Guttery and J.W. Clifford, M.A. In a beautiful address, Mr. Guttery said that we should miss him, with his genial but firm disposition. “He was blessed with great shrewdness, and his mind, naturally critical, was sweetened by the Christian faith he held so dear. He suspected sensationalism, but rooted his life in the sanctities that are eternal.”

Thomas also became a bookbinder. The 1891 census return describes a diversification into being a draper.

Thomas died on 30 April 1907 at Newcastle upon on Tyne, Northumberland.