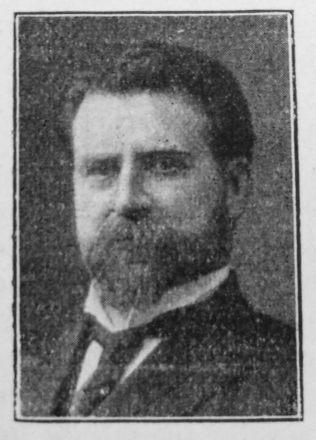 Transcription of Obituary in the Primitive Methodist Magazine by Wm. A. Bryant

The subject of this sketch was born at Baldock, in Hertfordshire, on March 2nd, 1850; soon after this his parents removed to the North of England, where our brother, then a lad of eight years, commenced to work in the ironstone mines of Eston in Cleveland. His earnings were largely spent in attending classes, for he lived in those days when educational facilities were not so many as they are today. It was about this time that he made the acquaintance of a youth (now the Rev. Geo. Parkin, B.D., of Oldham), who worked in the same mine as himself, and to whom he owed a debt of lasting gratitude. Oftentimes has our late brother been heard to say, that it was his one great delight, in these days, to walk along the road behind George Parkin, placing his feet in the other’s footsteps, feeling himself a better boy for so doing.

His parents next removed to Brotton in Yorkshire, and it was here in the year 1866, on Easter Sunday in the Wesleyan Chapel, that he experienced the joy of sins forgiven. About twelve months after this he was asked to conduct an evening service, and not knowing what to do he took a small tract from his pocket, read it, and commented on the same, feeling all the time how feeble were his efforts. Some months passed away, and he was sent for to visit a sick woman, who, as she lay on her death-bed, told him, that through the reading of that little tract and from his remarks upon it, she had felt the need of, and had found the Saviour; thus it is that God uses the small things of this world to confound the great.

It was about this same time that a very severe epidemic of small-pox broke out at Brotton, men and women were dying on every hand, but despite the ravages of sickness, our friend heroically volunteered to enter the houses and pray with the ungodly, and many were thus comforted in their last hours by his prayers and messages. He continued to do this work until at last he himself was smitten, but thanks to the providence of God he was brought safely through.

From Brotton he returned to Eston, and passing the necessary examinations became a Wesleyan local preacher, his one desire being a burning passion to see men and women converted. Next he went to reside in a small village in Cleveland and here he cast in his lot with the Primitive Methodists with which Church he continued to the day of his death.

At the age of twenty-seven he left the mine and went to live in Hartlepool to commence business in that town for the Farmers and Cleveland Dairy Company, in whose employ he remained to the time of his decease. He began at the lowest rung of the ladder – hawking milk with can and barrow, but by dint of hard work, and by being faithful in that which was least he worked his way up, until he became the general manager of what to-day is one of the best dairy companies in this country, and no doubt much of this success was due to the strong personality, integrity and faithfulness of our late brother.

Mr. J.J. Arrow, the chairman of the directors of this Company, writes: “It was with very great sorrow that we received the news of the death of Mr. W.P. Stableforth, one for whom we had the greatest esteem because of his great integrity and uprightness in all his business transactions, one in whom we had the most implicit confidence, and as the last mark of respect that the Company can show, I hope to be present at the funeral.”

During his sojourn in Hartlepool he took an active part in religious affairs generally, and became associated with men of every creed, some of which associations developed into strong ties of friendship which have only been severed by death. While here he had a good deal to do with what was then called the Christian Mission now the Salvation Army, and made the acquaintance of some of their leaders notably Commissioners Coombes, Esbil, and Colonel Lawley, the last named being a very intimate friend.

In the year 1887 our brother went to reside in Newcastle-on-Tyne, where he associated himself with our Maple Street Church  during the ministry of the Rev. A. Latimer, between whom a strong bond of friendship was formed. The deep and widespread esteem in which he was held is amply shown in the letters which have been received since his death from Revs. G. Parkin, B.D., J. Jackson, H. Pratt, and many others.

Mr. Stableforth came to reside in Doncaster about seven years ago, and after visiting one or two chapels in the town finally settled with us at Duke Street, the head of the second circuit, where he threw himself heartily into the work, assisting in every way that was possible, especially was this so after the disastrous fire our people experienced in 1901.

Latterly, owing to ill-health and the failure of his eyesight he was not able to do as much in the way of preaching and public speaking, but he generously helped in other ways, and was always a familiar figure in our Circuit Quarterly meetings.

Only a fortnight before his death he was at his place at chapel, and seemed to enter heartily into the services. The day before he took to his bed he travelled to Nottingham to attend to a business engagement. His last illness was short but sharp; after an influenza cold he had a paralytic seizure, and was translated to the better land on Christmas Day, 1904.

Whatever else we may say of him, and much more might be written, this we know, he was sincere in all his dealings with men. If there was one thing more than another he hated it was duplicity. He liked men to be open and above board in all their actions. He was unselﬁsh and generous to a great degree, and while we mourn his death, we do not sorrow as those who have no hope, for we are assured from our knowledge of him and from conversations we had during his last illness that he was perfectly prepared for the end.

William was born to parents Charles, who worked the land (1861) and later became a contractor (1871), and Ann.