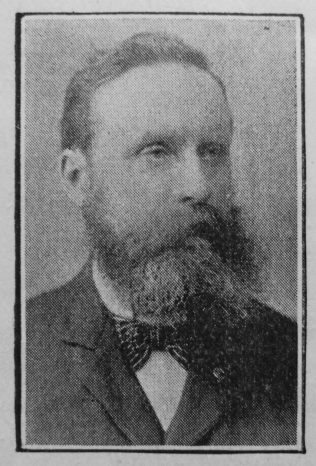 Mr. William Starling, senior circuit steward, Kingstone, Hereford, was brought to God when quite young, and at once united himself with our church. He was a useful and acceptable local preacher, a class leader, trustee, superintendent of the Sunday School, Circuit Steward and Missionary treasurer for the District. He was often delegate to District meeting and several times to Conference, as well as to the Sunday School Conference.

A good man, a loyal Primitive Methodist, a most devoted Christian he was loved, esteemed, and trusted by all who knew him. On February. 8th, 1907, returning from the District committee he was thrown from his trap by the stumbling of the horse. The fall caused concussion of the brain. He never fully recovered consciousness and died on Thursday, February 14th.

There was a large assembly at his funeral. The Revs. J. Blayney, D.S. Lees, T.A. Young, H. Owen and the writer took part in the service and the address was given by Rev. E. Ball. At the grave the Sunday School children sang one of his favourite hymns, “Safe in the arms of Jesus.” The writer improved his death to a large and sympathetic congregation on Sunday. March 10th, at our Cagebrook chapel.

Rev. E. Ball says, “For nearly forty years he was my friend, and his friendship was true and genuine. I never once saw him out of temper or heard him utter an angry word.”

Rev. D. S. Lees writes, “He was a true minister’s friend, jealous of the interest of the circuit and anxious for the success of every place.”

Rev. J. Blayney says, “I have known him well for thirty years, and ever found him a true, God-fearing man. His great delight was in the sanctuary and in the service of his Lord. He still serves, not in weariness, but in endless strength; not amid the shadows but in the blaze of the eternal light.”

He married Susannah Hancorn (1847-1896) in the summer of 1873 in the Weobly Registration District, Herefordshire.