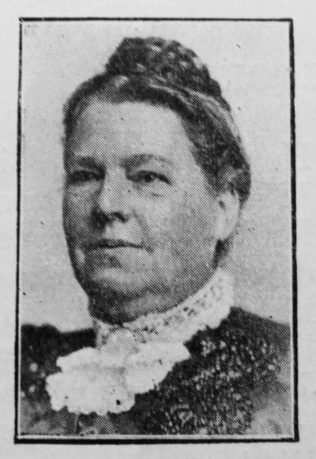 The late Mrs Statham, of Kingstone Circuit, was born March 5th, 1842, at Dorstone, and passed peacefully away in the early hours of Saturday, the 30th of June, 1906, at Vowchurch. She retired to rest late at night after a hard day’s work, and was suddenly taken ill soon after, and expired almost immediately. She hardly spoke after she was taken ill, but she said to her husband, “Tom, I shall soon be with the King of glory.”

She was a woman of deep-toned practical piety, an earnest worker in the church, taking a deep and abiding interest in everything relating to its prosperity, and particularly in the young life of the church. For about fifty years she was a member of our church, and for many years the society steward at Vowchurch. She was a loyal Primitive Methodist, and belonged to a Primitive Methodist family, one of her brothers (Rev. A. Beavan) being a minister, and another (Mr. C. Beavan) a local preacher. Several of her sons are local preachers, and the daughters are members of our church. The Rev. W. Dudley writing to Mr. Statham says: “We so well and gratefully remember the dear motherly face and the hearty welcome. She was a pillar of strength to many.”

Rev. T. M. Lakin says: “She, more than anyone I ever knew, practised the golden rule. She was never happier than when she was doing somebody a good turn.”

Her remains were laid to rest in Vowchurch Churchyard on July 2nd. The service was conducted in our chapel by the writer, assisted by Rev. E. Ball. On Sunday, July 8th, the Rev. J. Johnson (1) improved her death to a large and sympathetic congregation. She is gone, to the grief of her husband, family, and friends, and the loss of our church, but “being dead, she yet speaketh.”

Anna was born to parents William, a carpenter, and Catherine.

Before her marriage she worked as a dressmaker.

She married Thomas Statham (1846-1924), a blacksmith, in the spring of 1874 in the Hereford Registration District. Census returns identify seven children.