"Preacher of thirty Years Ago" 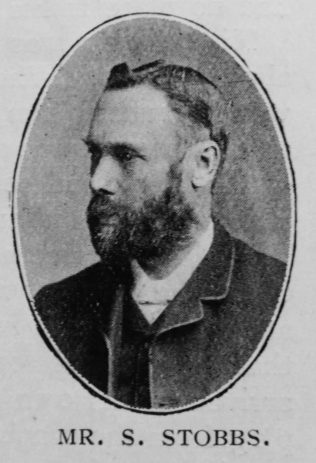 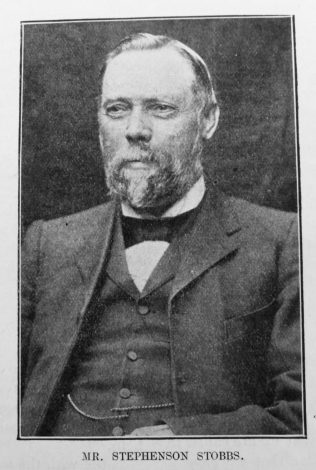 Transcription of ‘Sketch’ In the Christian Messenger by Joseph Ritson

Although he was in the hey day of his popularity and usefulness thirty years ago, it is nearly fifty years since I first heard Stephenson Stobbs preach. He and another young exhorter came to the little chapel where I worshipped in my boyhood for a Sunday evening service. Whether it was their first attempt at preaching I do not know; at any rate, that must have been one of their earliest services. Stephenson Stobbs was a tall, slender, delicate-looking youth, whose occupation was that of a clerk in Mr. Beaumont’s office; his companion was a sturdy-looking lead miner. Both came to distinction as local preachers and officials. In that first service Stephenson Stobbs, though acquitting himself creditably, scarcely gave any indication of the eloquence and ability for which he afterwards became so famous. Compared with the stern and uncompromising message of his companion, whose text was, “The wicked shall be driven into hell with all the nations that forget God,” Mr. Stobbs’ deliverance was, though fairly fluent, same-what gentle and lacking in downrightness, as it might well be. But in ease and fluency and power he soon shot ahead of his friend, and before many quarters had passed away, he was in greater request than any local preacher on the plan.

How well one remembers the interest with which the new plan was scanned in those days – days that are recalled with a strange poignancy of regret, for only three or four of the preachers who then occupied the little pulpit now survive! How many times were we to have the travelling preachers, and when was Stephenson Stobbs planned? The Sundays when these appointments fell were marked days; but the visit of the eloquent and forceful young local preacher was not second in importance to that of the minister. His, indeed, were red-letter days. Knowing critics used sometimes to shake their heads and express some doubts as to whether the sermons he preached were his own; but he went on preaching similar sermons for nearly half a century, and enjoyed throughout the greater part of that period an extraordinary popularity and usefulness. He must have seldom had a Sunday free for years, and probably as a special preacher he made a record among local preachers, at any rate. He walked nearly 10,000 miles, preached some 1,320 ordinary, and 1,300 special and anniversary sermons. After some years he removed from Allenheads, in the Allendale Circuit, to Page Bank, in the Spennymoor Circuit, and then to Middlesbrough, where he recently passed away.

During his long life Stephenson Stobbs had some unique experiences. The first was in early boyhood in the quaint little chapel at Allenheads. One Sunday a venerable old man preached in the chapel, and as he came down from the pulpit, which was one of the lofty structures common at the time, he said to a group of boys, among whom was the future local preacher. “I am going to consecrate you all to the service of Jesus Christ.” The old man was Hugh Bourne. I have spoken of one local preacher in the group, but, as a matter of fact, they all became local preachers. Few men have visited as a special preacher nearly every circuit in the North of England, a distinction which Stephenson Stobbs could claim. That his popularity was no mere flash in the pan may be gathered from the fact that he visited the same chapel for anniversary occasions year after year: Williamson Terrace, Sunderland, for twelve years: Stanhope, in Westgate Circuit, where they were famous sermon-tasters, for sixteen years; and he has had as many as thirty-seven applications for his services for a single Easter Sunday.

But perhaps the most extraordinary experience of all was in connection with an open-air service in Cleveland. Mr. Stobbs had a clear, ringing voice, which carried well either indoors or out. On this occasion the message was carried a mile and a half away, the day being fine, and the atmosphere clear and still, and was heard by a man who attributed his conversion to the message he heard. The next day Mr. Stobbs met this man, who greeted him with the words: “I am coming to your class to-morrow; I’ve got converted,” and then proceeded to describe the circumstances under which he had heard the sermon which brought pardon and peace to his soul. This was all the more remarkable because the man had no idea who the preacher was, and his astonishment on learning it was Mr. Stobbs may be imagined.

The practical and Evangelical nature of Stephenson Stobbs’ preaching was one of the secrets of his popularity. His sermons were lucid statements of Gospel truth, and remarkably direct in their application to the hearts and consciences of his hearers. His texts were usually brief. We remember him once preaching from “Remember Lot’s wife,” and it was a telling discourse. The style was declamatory, the language well chosen, the delivery rapid without undue haste. The periods flowed on in steady succession, and the conception and arrangement of the sermon were alike arresting and memorable. The voice was pleasent and well managed, and there was a sufficiency of appropriate gesticulation. Probably the sermons were memoriter, though on this point we have no information. If so the preacher must have had a splendid memory, for he never seemed to hesitate for a word, and the flow of speech went on without break or hesitation to the end of the discourse.

His was not only a popular ministry but one fruitful in conversions. He must have seen hundreds converted in the course of his long and widely exercised ministry. How many of his converts are now local preachers and ministers it would be impossible to say.

The reader will not be surprised to learn that Mr. Stobbs excelled in the direct appeal. The style of that appeal would not have the same effect to-day. In the interval, pulpit oratory has undergone a considerable change. It is less declamatory, less self-conscious. Not that the orator of thirty or forty years ago did not have times of lofty inspiration, when he was carried out of himself and borne along on a tide of emotion. He had that probably more frequently than we or any of us have today; but the oratory of that period was more artificial; it was the age still of the rolling periods, the measured sentences, and the carefully prepared climaxes. Preaching to-day is more conversational, and the preacher more frequently comes down from his throne, so to speak, and chats familiarly with his hearers. It may be doubted whether the style of to-day is as impressive, as thrilling and arresting as that of the days when Stephenson Stobbs held his audiences spell-bound, and constrained so many to yield themselves to God.

Let it be added that this long service was from first to last rendered willingly, gladly, and we believe in the main, if not altogether, gratuitously. Although given chiefly to Primitive Methodism, it was not limited to our Church. Other churches, notably the Baptists and Presbyterians, shared in his services, and for his help to the Baptist Church in Spennymoor, Mrs. Spurgeon presented him with a volume endorsed with her own hand. Nor was he without honour among his own people. For about thirty years he conducted the anniversary services in his native village of Allenhoads.

Stephenson was born on 12 August 1839 at Allenheads, Northumberland, to parents John and Elizabeth. John was a lead ore miner.

Stephenson worked as a land and mine surveyor.