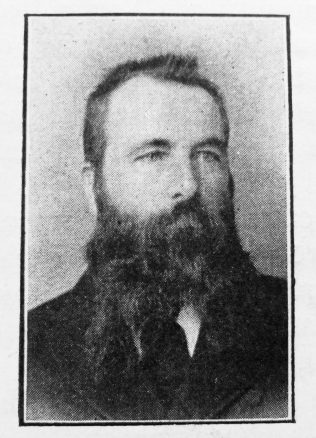 Transcription of Obituary in the Primitive Methodist Magazine by G.P.M. (George Percy Maynard)

The London Street Church of the Reading Circuit has been losing its veterans lately in rapid succession. The last to hear the call was Mr. George Stevens. He was born at Dummer, near Basingstoke, in 1846, and died at the house in Reading that had been his home or over thirty years, on Sunday morning, September 17th, 1905. When a youth he was converted, and never lost the clear assurance of God’s pardoning love and sustaining grace. He joined the Primitive Methodist Church in Basingstoke, and though so young was successful in organising a choir that did good service.

At the age of nineteen he moved to Reading and at once joined our Church, became a leading singer, and entered the Sunday School as a teacher. Subsequently he was President of the choir for many years, gaining and keeping the confidence of the members by his tact and good sense, and using his influence always in the interests of harmony, for he was ever a lover and maker of peace.

On his retirement through failing health, some years ago, he was presented with a memento of his connection with the musical services of the sanctuary, in the shape of a fine enlarged photo-group which be especially prized. In the Sunday School also he had the conﬁdence of his fellow-workers who made him vice-superintendent. His ability found scope in teaching a class of youths in whose temporal and social and spiritual welfare he took, one might say, a paternal interest. And here, especially it may be said that, “he being dead, yet speaketh.” Since his decease letters have come to his family from all parts of the country – from Northumberland to Devonshire – telling of the respect and love felt for him by his old scholars and the deep mark he left upon their characters and lives.

He did good work in a wide district around Reading as a local preacher, and was ever welcome in the pulpits in town and village. He was a trustee of London Street, in whose judgment his co-trustees placed great confidence.

He was a man of transparent goodness sterling character and unswerving integrity. He had an intense hatred of meanness in any form. He was a man of sound judgment and ready tact. He was thoroughly consecrated to the Master, and ever ready to serve His cause in any and every way that might be open. At the same time he knew the work for which he was best fitted, and spent his strength on that. His great love for children and his winning manner in the School endeared him to teachers and scholars alike.

In recent years he suffered much with wonderful patience and courage. He was compelled to retire from active Church work, but was ever ready to cheer those who were still in the thick of the battle. His memory will abide with us through the years, until we meet him again in the land where is no parting and no pain. His funeral service in London Street Church was conducted by Rev. J.L. Williams and Rev. E. Evans, the latter of whom gave a suitable and impressive address. A memorial service was also held in the same church, when the writer preached to a very large congregation from 1 Thess. iv. 13, 14. May the consolation of Divine grace and immortal hope be given in rich measure to the widow and sons who deeply mourn their loss.

George was born to parents Henry, a thatcher, and Susanna.