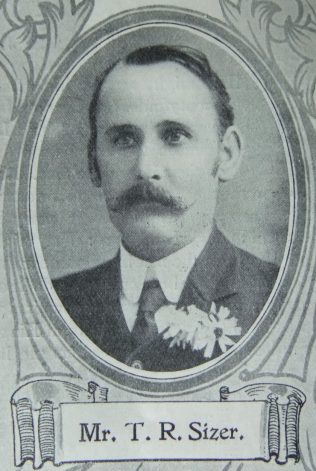 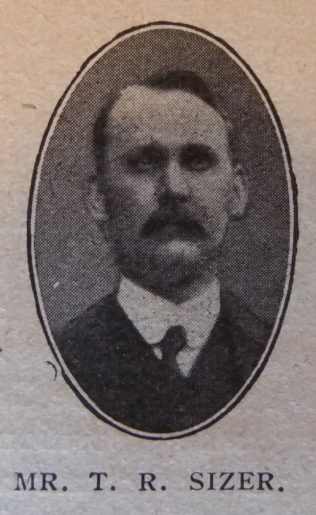 Mr. T.R. Sizer is the steward of Hull Sixth Circuit, which office he has creditably filled for the past six years.

Mr. Sizer springs from good stock. His father, Mr. Richard Sizer, now of Hornsea, holds an honourable record in Hull Primitive Methodism. The son attributes his conversion to Christ when eleven years of age, to the influence of his now sainted mother.

Though only in the prime of life, yet Mr. Sizer is a local preacher of twenty-three years’ standing. He is trustee for five chapels, has long been prominent in Sunday School work, and at present is co-Sunday School Superintendent at Portobello. Although weighted with important business responsibilities, he still finds delight in church work.

He meets his various duties in a spirit at once genial, manly and devout, and has the esteem of all who know him.

Thomas was born on 12 February 1866 at Hull, Yorkshire, to parents Richard and Jane. Richard was an engineer.

Thomas also worked as an engineer.

Thomas was the first president of the Christian Endeavour Society in Williamson Street Church, and teacher of the young men’s Bible class for many years. He served at Circuit Steward for thirteen years.