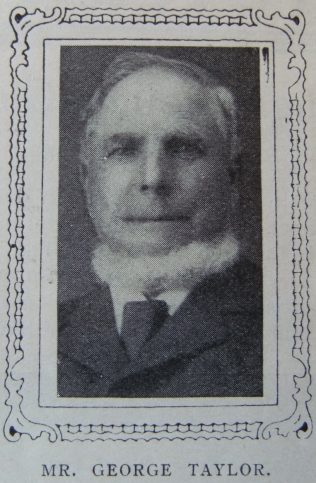 BROTHER TAYLOR was born at Ridgmount, in the county of Bedford, seventy-four years ago. It is impossible within the limits of this brief character sketch to say all that one would like and conscientiously could in the way of appreciation. He is one of the finest assets, not only to our Society in the village of Wing, but to the entire Circuit of Stewkley. His conversion dates back fifty years. It was a distinct and glorious fact, which stands out in vivid remembrance to this day, and gives to his preaching the note of intense conviction and unfaltering certainty. In the capacity of local preacher he has rendered devoted service and given full proof of his call. But his rich spiritual expression and tender sympathy marked him out specially as a leader, and to that position he was appointed thirty-five years ago. This class is one of the strongest in the Circuit, and that is to say much in a Circuit where Class meetings are the means of grace. His striking personality has something to do with this, but his untiring energy in the work of visitation, his constant attendance and consuming passion to get men saved are factors that count for much. He is an ideal Class leader, for though standing by the “old landmarks,” he is sufficiently in touch with the trend of modern methods to know how to adapt himself to changing conditions. We have no fear of the Class meeting with men like Bro. Taylor in charge. A genial and large hearted brother, he is quite a feature in local and Circuit life and is especially the friend of the sick and the poor to whom he is constantly ministering. We trust there are yet many happy and busy years before him.

George was baptised on 23 October 1836 at Ridgmont, Bedfordshire. His parents were James and Rebecca.

George married Eliza Young, nee Higgins, (b abt1845) in the summer of 1895 in the Wycombe Registration District.

George died in the summer of 1913 at Wing, Buckinghamshire.