My Great Great Grandmother: the life of a Primitive Methodist preacher 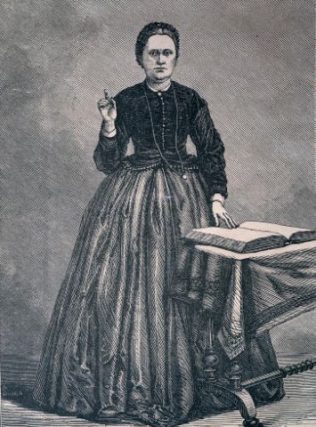 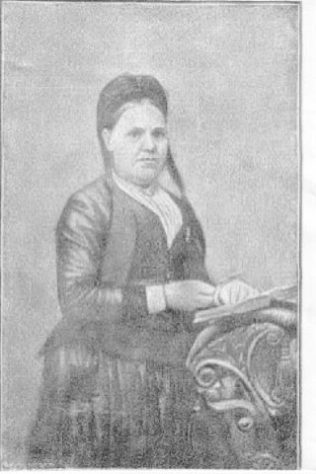 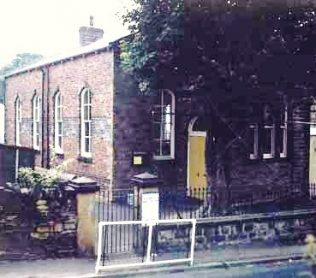 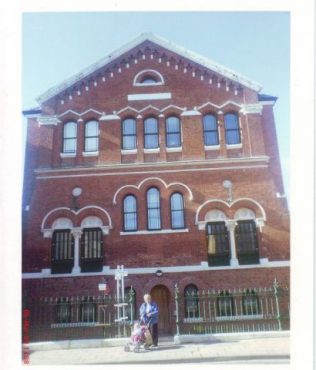 ‘Annie, the drunkard’s daughter’, this was how my Great Great Grandmother described herself in the title of her autobiography, published in 1867. Her father, Joseph Gibson, was a preacher in the Leeds area of Yorkshire, but according to Annie, was often offered a drink after his sermon, and soon became a “drunkard” who was thrown off the plan.
Annie tells how she was thrown  out in the rain during one of his drunken rages, and had to go stay with her married sister.There is no wonder she favoured the Temperance movement and used to go to preach outside Public Houses against the “evil of drink”.

Annie, the great Yorkshire and Lancashire Revivalist, a synopsis of her life

Started work age 6 years, walked 3 miles every day with sister Elizabeth.  Age 9 – found Jesus and started preaching in a “pigcot” to other children.  Age 11 moved to Hunslett; sister Elizabeth who was 3 years older, turned out of the house by drunken father at age 14.

Later Annie also turned out in the rain; went to live with her sister, stayed until age 15; asked to go preach in Germany; sailed from Hull to Hamburgh, took 2 days and 3 nights, took train from Hamburgh to Pennyburgh, arriving at night to an Englishman’s house, stayed 3 months, preaching and working, then turned out by mistress of house as “would not go to balls”. Two other young women also turned out, taken in by German family, couldn’t speak a word of German. Prayed and sang hymns every evening in a local wood, converted several people; stayed a year in Germany then returned to try to “reclaim” her father.

Bad storm on way back, sea-sick in cabin, locked herself in as only woman onboard; thought she was dying. On Tuesday saw land (set-off Saturday, nothing to eat since). Met in Hull by friend; agreed to go to a dance; “thought hell would open and swallow me up” had been led astray through forming acquaintance with ungodly people.

Her elder sister AMELIA Gibson came to stay, her eldest sister Mary’s husband had died of Cholera (1850), eldest brother WILLIAM Gibson, a local preacher on Primitive Methodist Plan; eldest sister MARY died on the Friday (?1850). Mary’s eldest son recovered and took charge of the family, 3 who lived on and did well, another 3 died later.

Turned out in the rain(again!) (this time by drunken husband) with first child Emily Tolson age 3 months, baby caught cold and died. Husband was a ball furnaceman in a forge.

Second baby Louisa Tolson died age 8 months (1851). At this time called to see eldest sister then living, KEZIAH, on her deathbed, she died age 36 leaving a husband and 7 children, 3 of whom later died.

Went to preach in Whitehaven, then Durham, then Dumfries, then Workington. Later went to Scarborough and Filey. Prayed for fishermen in Filey who hadn’t caught any fish for ages; next morning they caught fish!

Went to Isle of Man for a rest –asked to preach; hundreds turned up to hear Mrs Tolson THE GREAT YORKSHIRE REVIVALIST.

Aug 1866 moved to Oldham, also preached at Toperverbers, Middleton and for United Methodist Free Church at Staleybridge.  Preached at Dewsbury Working Mens Club, belonging to Mr George Tolson, her husband’s cousin.  Preached at Moss Lane Chapel Manchester and in London on June 5th 1867 to 1000 people.  Preached in Holywell Mount Chapel and Shoreditch (her child was 8 years old then and she lived in Oldham).

The book was finished in 1867 when she lived at 122 Wearneath Brow, Oldham, Lancashire and was 37 years old.

Annie’s first husband Benjamin Tolson left for America in 1870. Annie was told he had died there so she re-married; he did not die then, he started a new family, had three sons and never returned to England!