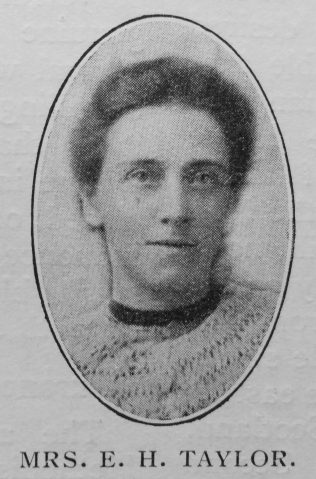 Transcription of obituary published in the Primitive Methodist Magazine by G.T.S.

The call came after a short illness, in the full prime of life, for she was but forty-four years old. Her life was not lived in the glare of publicity, popular gifts were not hers. She was content to live out her days as she was best fitted, and coveted no one’s larger gifts, yet the amount of work she did, and the activities of her operations put to shame many who receive credit for strenuous service.

She was unostentatious in all her actions, an independent and self-sacrificing worker. She never paraded her piety nor confessed publicly her faith, but sought to make her life a living incarnation of its principles. Her gracious service filled many lives with hope, and her ministries as a faithful sick visitor brought cheer and comfort to many old people in their declining days of life. Possessed of strong convictions she was quite fearless in her expression of them. An ardent member of the B.W.T.A. she was eager in the work of the Winchester branch.

She loved her Church. A member of the choir from childhood, she was always present at its services, wet or fine. She ever sought to advance its interests, no task was beneath her notice.

Her death was a triumphant indication of the faith she lived. The God she served so zealously during life threw around her His comforting care during death.

The funeral took place on Saturday, the 11th of March, and the memorial service on the Sunday evening, when the Rev. G.T. Scott. preached to a large congregation.

Alfritha was born in late 1866 at Winchester, Hampshire, to parents George, a bricklayer (1871), and Maria.

Alfritha died in March 1910 at Winchester.