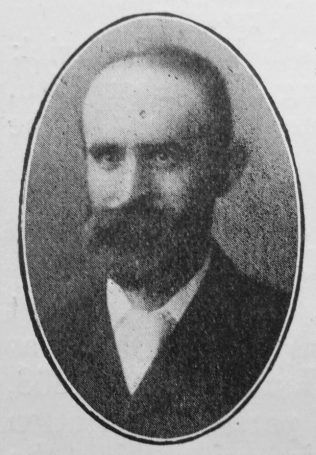 Transcription of obituary published in the Primitive Methodist Magazine by J. Bowles

Harry Theobald passed away to the homeland on Monday, December 16th, 1907. Born on October 25th, 1865, he was only forty-two when he died. Losing his mother at the tender age of four, he was placed in the charge of his grandfather, who taught him the things of God, and prayed that he and his brothers might become Local Preachers, a prayer that was answered, for all four became worthy representatives of our lay ministry.

Our brother was brought to God, at the Primitive Methodist Chapel at Hundred Foot Bank, now on the Manea Circuit. He at once became a Sunday School teacher and remained one to the end. One of the last things he did was to establish an adult Bible Class, at Ten Mile Bank. Soon after conversion his name was placed upon the plan, and at the time of his death he was one of the leading pulpit forces in the Circuit. A most ardent Primitive Methodist, loyal to the core, his Church was everything to him and royally he supported her institutions. His house was ever open to our preachers, and his hospitality was generous.

A splendid official, he knew Connexional law and custom, and never shirked official responsibility. He was several times delegate to District Meeting, and once to Conference. For two years prior to his death he was in failing health; yet he gave willingly his time and service to the work he loved. Often when he ought to have been resting, he was either preaching, or attending some service. Only the Monday before he died, he was present at the Quarterly Meeting and introduced a discussion on the work of God in the Station but his weakness was apparent to all.

His loss will be keenly felt, but we hope to meet him again when the shadows flee away.

Harry was born on 25 October 1865 at Welney, Norfolk, to parents Morley, a farmer, and Elizabeth.

He married Ellen Parkinson (b abt1858) in the summer of 1898 in the Downham Registration District, Norfolk.

Note: Harry’s probate record gives the date of death as 9 December not 16 December as stated in the obituary.