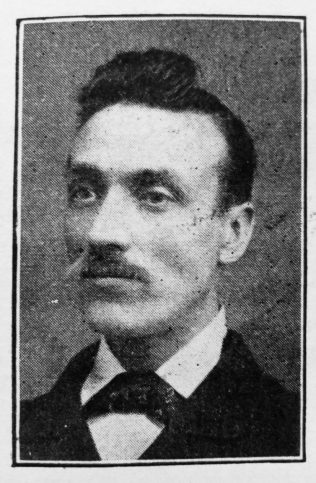 Transcription of Obituary in the Primitive Methodist Magazine by J.T.

John Thirtle was born at East Ruston, Norfolk, in the year 1853, and died at Success, Newbottle, October 13th, 1905, at the age of fifty-two years. When he was about nine years of age the family removed into the County of Durham, where our friend continued to reside until his death.

His conversion took place at Philadelphia in the old chapel, where our people worshipped and worked for a number of years, and which was at that time in the Hetton Circuit.

Mr. John Parker was the preacher by whose agency his conversion was effected. A series of special services were being conducted at the time. Mr. Parker took for his subject one night, “The Prodigal Son.” At the close of his discourse a person came forward and said, “I am that Prodigal.” That person was John Thirtle, who continued a member for thirty years, and was a local preacher twenty-four years.

In this capacity he rendered signal service, and was often in request for special sermons. He took deep interest in evangelistic work, and conducted missions at various places with considerable success. During the mission services of last winter, held at different places in the circuit, he attended frequently and rendered what service he could, being then in a state of failing health. In the latter part of his life owing to his official connection with the colliery, he could not attend the regular services as frequently as aforetime, but he never seemed to lose his interest in the cause of God.

His zeal did not flag, whilst he maintained a high tone of spiritual life to the end. He had a vigorous mind, a lofty sense of right, and was of, a kindly nature, being highly respected by all who knew him.

His funeral was attended by a large concourse of people, who by their presence showed their respect for one whom they highly esteemed.

In our last conversation with him he expressed a strong desire to live a little longer, that he might be of service to the Church, but if it was to be a life of weakness and uselessness, then he preferred to die. He was quite resigned to the will of God. His end came suddenly. After partaking of a meal he expressed a wish for complete quiet that he might, if possible, secure some rest. In a few brief minutes he gained rest, for “the earthly house of his tabernacle was dissolved,” and he passed to possess “the house not made with hands eternal in the heavens.”

John was born on 3 July 1853. He was baptised on 24 July 1853 at Walcott, Norfolk. His parents were John, a labourer in Norfolk and coal miner in Co. Durham, and Phoebe.

Note: Some records spell the surname as Thirtell.