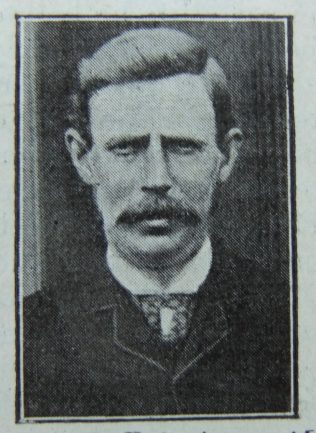 Mr. Thomas Tindle was born at Broomfleet in North Cave Circuit, on May 3rd, 1861. His parents were useful members of our Church, and took pains, not only to bring up their children in the fear of God, but also to assist the various institutions of Primitive Methodism. On this account we wonder not that Thomas was converted in early life, nor that he became a very devoted member of our denomination. His conversion took place when he was sixteen years of age, from which time to the time of his death he was a member of our Broomfleet Society. While not very demonstrative, he was reliable, and for many years was a regular attender on public Divine service, was a careful listener to Divine-truth, and a very generous supporter of our Church funds. His house was the home of the preachers who visited his village, and the kind hospitality of Mr. and Mrs. Tindle, towards them was almost unlimited. That he was much respected and trusted by his neighbours was shown by his election to offices on the School Board and Parish Council, and by his frequent election to the Chair of the meetings of these bodies.

His death was altogether unexpected at the time it occurred. While engaged in farming pursuits had terrible accident resulted in his tragic end.

Having been widely respected in the North Cave Circuit, as well as in his village, and having been cut off in the prime of life, a deep and widespread sympathy was manifested at his funeral, and there continues a deep sympathy with his sorrowing widow and four children. His remains were interred in Broomfleet graveyard, there to await the resurrection power of Him who declared, – “I am the resurrection and the life.”

May his surviving and sorrowing relatives and friends meet him in the great Home that is sorrowless.

Thomas was born to parents William, a framer, and Eleanor. Thomas followed in his father’s footsteps as a farmer.