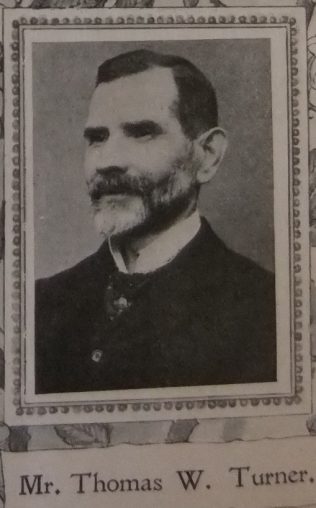 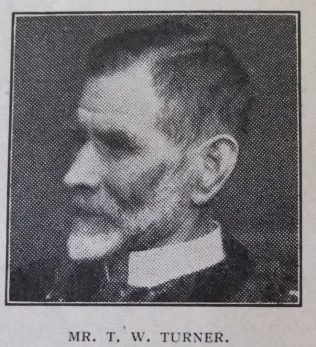 Newbury Circuit Steward is a son of the manse. Before he was out of his teens he became secretary of a School Building scheme, and henceforward he has been engaged in a most successful series of debt reductions, so that twenty-one of the twenty-two chapels in the circuit are debtless. With him sound church finance is a cardinal doctrine, and the forlorn hope the most congenial form of service. Often delegate to District Meeting and once to Conference, official life has not been allowed to impair spirituality. Regularly at the means of grace he will assemble with the earliest and depart with the latest. At his Jubilee as member and teacher he was presented with an illuminated address. His wife has for thirty years been treasurer of the Ladies’ Aid, a fund which relieves the Quarterley Meeting of the cost and oversight of the furnishing of the ministers’ houses, and she has rendered most valuable service.

Thomas was born on 28 December 1839 at Aylesbury, Buckinghamshire, to parents Samuel Turner and Ann Wheildon. Samuel was a PM Minister.

Thomas was converted at a District Camp Meeting at Reading in 1848. He was apprenticed to a printer at Newbury ‘while yet a lad’, and soon became Secretary of the Sunday School, the Band of Hope and the Mutual Improvement Society. His inclinations were towards journalism and he gained experience as a reporter at Leighton Buzzard and later on the staff of a county newspaper at Cheltenham.

Thomas returned to Newbury in 1867, where he became joint founder and proprietor of the Newbury Weekly News and for more than fifty years remained in editorial control.

Thomas was elected a councillor in 1905, and remained a member of the Corporation for seventeen years, on all occasions securing un-opposed re-election. In 1908 he became mayor of Newbury.

Thomas was vice-superintendent of the Sunday School for more than fifty years and, until the age of seventy-seven, conducted the Young Men’s Class. He was also conductor of the choir. He took much pleasure  from the part he took in 1889 as a member of the Committee entrusted with the compilation of the Hymnal edition with Tunes.